Kansai Borgoyary,  National Archery Champion  once who did India proud left to live by driving an Auto-Rickshaw, Yes this is true and a painful story of a sportsman.

Kansai Borgoyary, a Gold medalist at the Jharkhand National Games, had to abandon his archery career due to his poor financial background and negligence on part of the government. 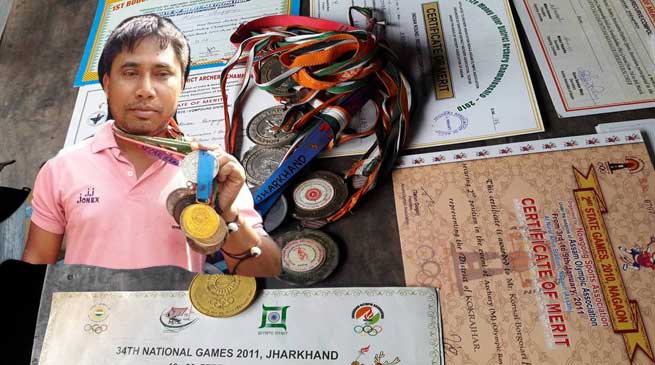 According to Borgoyary, he wishes to resume his archery career if the government pays attention to him in the coming days.

Having started his archery career in 2008, Borgoyary till the time he left archery in 2012, had won 22 medals that included three Gold medals in different national and state level championships, now have fully undertaken auto-rickshaw driving as his source of livelihood.

Meanwhile, If authorities  does not care for those who earned glory in the past, it can expect none in the future.