Informing about the arrest and seizures, Sibiyamukh Range Officer, Domek Koyu said that, his patrolling team heard about a gun shot in the wee hours of 5th December near Balun area which alerted the staffs about the presence of hunters/poachers inside the Sanctuary.

Accordingly patrolling team  intensive search drive around the area and finally  four hunters were intercepted in the intervening night of 5th and 6th December 2019. While three others fled away taking the advantage of darkness, but one Sanjay Litin was arrested on the spot.

A hunted female Wild Boar, one 12 Bore SBBL Gun bearing No. Choke 183, 1 KG 420-7500 with one live and three used up Cartridges were seized from him, informed RFO Koyu.

Tani Jerang, a Forest Guard who led the patrolling team at wee hour at this shivering winter season said that, they are keeping close vigil of any hunting attempts inside their jurisdiction and are always on high alert.

Meanwhile, Divisional Forest Officer, Tasang Taga who have directed for intensive patrolling and checking of any wildlife offenses in and around the Sanctuary has said that, such serious and habitual hunters/poachers are real threat to the rich flora & fauna of the Sanctuary and assured zero tolerance and leniency from his department. 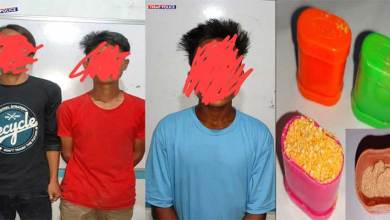 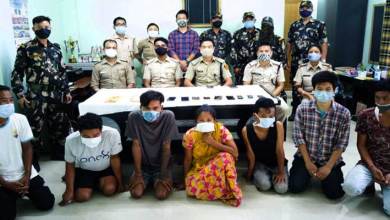