ITANAGAR-  The Arunachal Pradesh Public Service Commission (APPSC) has expressed regret over the recent leak of question paper of the assistant engineer (civil) examination. Expressing regret on behalf of the Commission, APPSC member Jarken Gamlin said that the accused official Taket Jerang, has been put under suspension after his arrest on September 16.

PTI in it’s report mentioned that, Gamlin said that the accused aspirant Thomas Gaduk has been debarred from all examinations conducted by the Commission till the finalization of the case by the court. ”The commission has been working to streamline and refine the system of setting and evaluating question papers with the sole aim of efficient, transparent and merit-based selection system”, Gamlin said.

He said an internal audit of the office procedure is being conducted by the commission to identify weak links within the system, and undertake corrective measures to obviate recurrence of such incidents in the future.

Six people have been arrested by the capital police so far in the question paper leak case. Since the arrests, the commission has cancelled the examinations and upcoming examinations including those scheduled for female medical officer, veterinary officer, assistant conservator of forest, post graduate teacher and dairy development officer. Meanwhile, frustrated over the repeated gaffes by the APPSC in conducting its examinations, a group of youths held a satirical protest here.

The protest was organised by aggrieved aspirants and unemployed youths by organizing a donation drive in aid of the Commission on Wednesday.

The organisers said that they held the day-long donation drive for the ‘unpaid’ staff of the APPSC.

‘We are raising funds for APPSC staff that are working day and night for fair/ transparent recruitment, that too without any allowances or salary. We will be submitting the amount to APPSC for their team’s selfless services,” said Prem Taba, one of the organisers.

The ”fund” collected has been handed over to Capital Complex deputy commissioner Talo Potom. 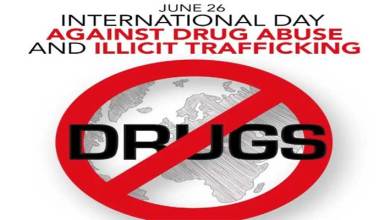 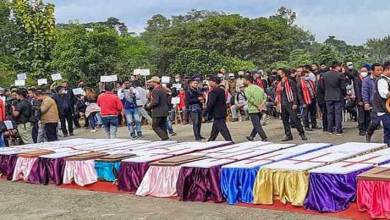