LEKHI: The Jump Arunachal 2021 sporting event for national parkour & free running competition begins at Lekhi for the youths and students being participated by representative of seven states of the country.

A total of 78 participants mostly are students taking part and representing their own state like Maharashtra, Karnataka, Utter Pradesh, Meghalaya, Assam, Tripura, Arunachal Pradesh with coach from Maharashtra.

The participants were playing and taking part in various events of the discipline which include style run, speed run, parkour jam, wall jump, scatting, style jumpimg etc. he said.

We will approach the state government, department of sports and youths affairs, Sports Authority of Arunachal Pradesh to support such event and youths participating the such event in future. Tatung further said.

Inaugurating the sporting event as chief guest, Additional Secretary (Education) and Director (TCL) Ranphoa Ngowa in his address “ I as a student has tried several games and sporting events to not only to win the gaems and sport but also remain fit and fine”.

He said ‘ the term impossible itself say that everything is possible if maintain discipline and work with a sincerity, devotion and dedication with a determination to get participation and win the race’..

The state government has given an opportunity to the meritorious sports persons in their respective discipline have got government employment and enjoying their life with a dignity so it would be better that the participants play any games and sports with a discipline and sincerity. Chief guest said.

A new threat is also affecting the youths by the drug menace and urge upon the youth and students community to remain away from the clutch of drug addiction and join any types of sports and games to remain fit and fine with a healthy body and sound mind. He added.

Both the guest of honour an special guest motivated the participants and the audience always to maintain daily exercise and take part in games and sporting evening to remain fit and fine and good health and also support others in making the fit India movement a success.

Itanagar- Everyone should have a calendar in their life- Talo Potom 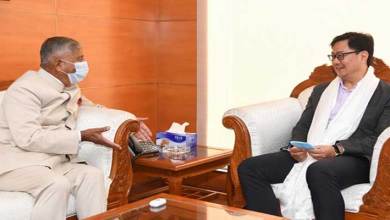 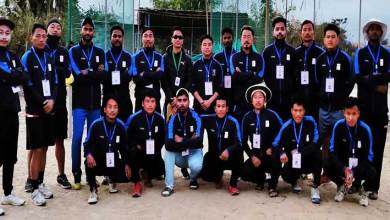 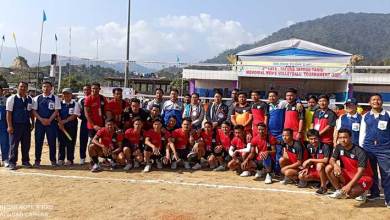