The Election Commission of India has announced fresh polls for 19 polling stations spread across eight districts of the state on 20 April.

Addressing reporters here at the Nirvachan Bhawan, Additional Chief Electoral Officer Kanki Darang informed that re-polling has been scheduled for this Saturday in accordance with the commission’s instructions.

He also advised voters to note that the polling duration is not the same as earlier (7 AM to 5 PM) and will be held from 6 AM to 2 PM this time.

The voters included 79.63% females and 75.07 males, but increase slightly after conduct of re-polling in 19 polling booths during 6 am  to 2 pm, he informed. 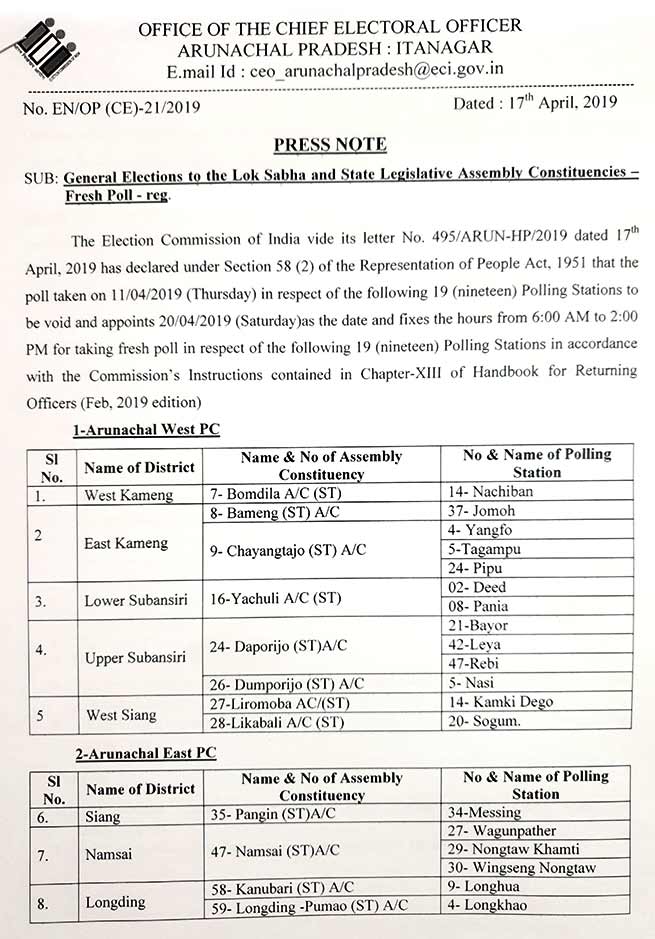 It may be recalled that there has been claims and counter claims between ruling BJP and Congress about booth capturing.