PISTANA-   A lithophytic fern allies plant called Selaginella Bryopteris has been discovered by the joint venture undertaken by the researchers from the Botanical Survey of India, Itanagar regional centre and Hapoli Divisional forest office.

They have come across this rare herbal plant in Pistana circle under Lower Subansiri District.

It’s well known that there is a large number of herbal plants found in Arunachal Pradesh. But it is really a proud moment for the denizens of Pistana to have such a Sanjeevini plant in their area.

The plant circulated through the news is available enormously on the bank of Keyi and Panior rivers.

Earlier people were not aware of this particular plant but after its finding, they have come to know about its worth.

It is one of the greatest discoveries apart from many such virgin plants yet to be traced. 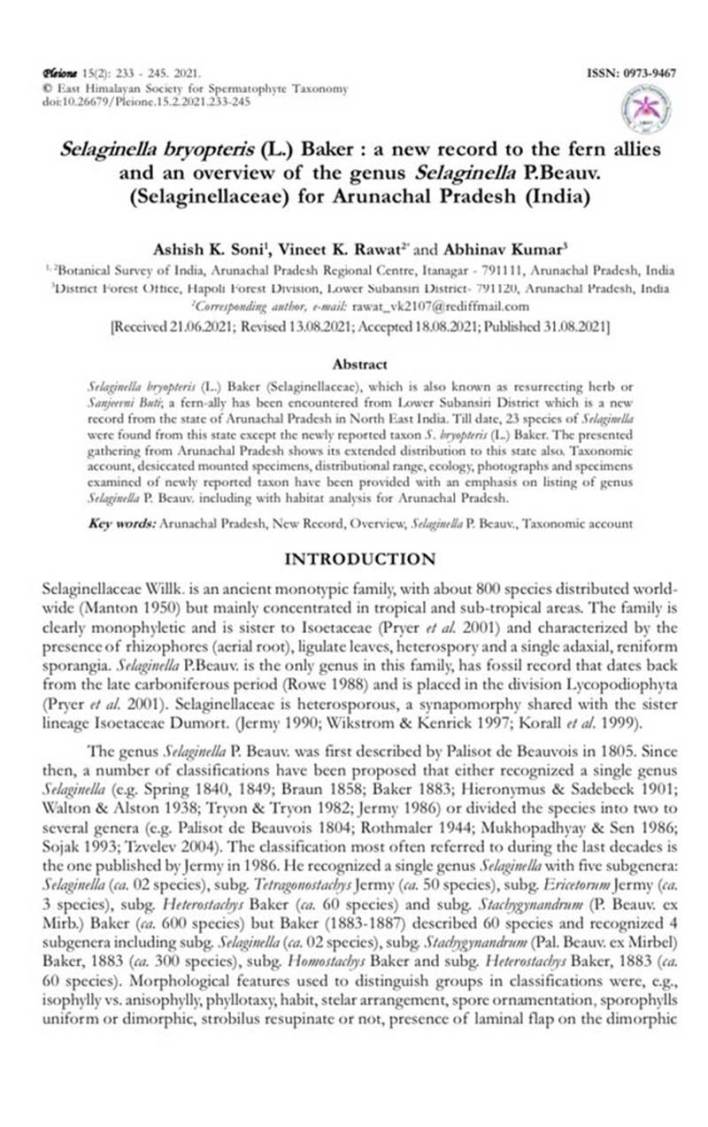 Arunachal Pradesh has an abundant of herbal plants which are very rarely found in other parts of our country.

This resurrection herb known as Sanjivini in Hindi may have a connection with the ”Sanjeevini Booti” used by Hanuman to bring back the unconscious Laxman to life.

According to Hindu mythology, Laxman, the younger brother of Lord Ram was shot at by an arrow during a fierce fighting with Ravan. He was wounded and lay unconscious in the battlefield.

If the above mentioned Selaginella bryopteris is one of such plants, then it’s really a matter of feeling proud of both the teams which made it explicit by launching a joint venture to find it out from Pistana circle, Lower Subansiri District of Arunachal Pradesh…..[ written by Pill Tayam, a resident of Pistana village  ]