CHANGLANG-  A major fire broke out near the EPS facility of OIL, India in Inao, Changlang district of Arunachal on 17 Mar 21 in evening at around 5.30 pm due to leakage from a gas pipeline coming out from the facility. Slowly the fire started spreading and the nearby fields in the radius of 50 metres from the leakage point were ablaze.

The nearest army camp immediately swung into action and swiftly sent a quick reaction team (QRT) which reached the location in no time. The QRT informed the OIL & Fire Brigade & commenced dowsing fire with support of locals and the available resources. 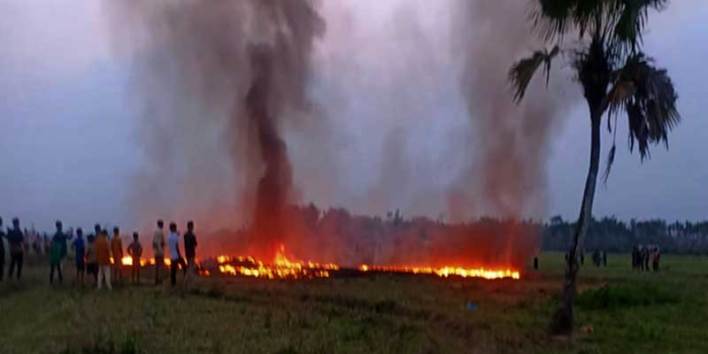 The team also created path for the fire tenders to reach the incident site. The Indian Army soldiers also assisted the OIL India officials in reaching the spot. The fire was finally dowsed at around 7 pm in evening. 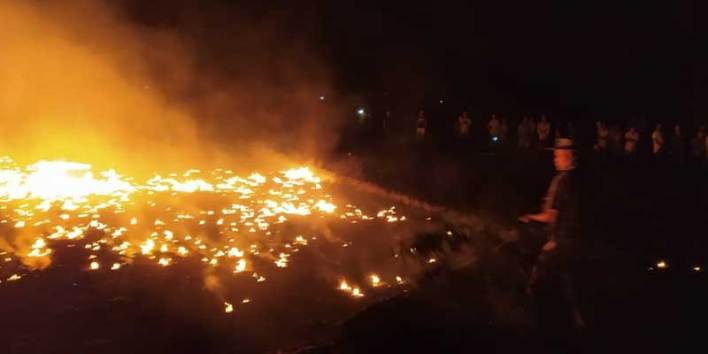 The officer leading the team in his effort to control the spread and dowse the fire sustained minor burn injuries due to a fall in the spilled oil.  The swift action by Indian Army averted an outbreak of a massive fire and it was highly appreciated by the locals.