Chief Minister Pema Khandu was briefed about the road development works being taken up by BRO at Bomdila-Tawang road and on the proposed construction of tunnels to bypass Sela pass. RS Rao, Commander, 42 BRTF had called on the Chief Minister who briefed him about the progress of the work.

Two tunnels are proposed that will bypass Sela pass by nearly 10 km, which is expected to significantly curtail travel time to Tawang by one hour. Also it will provide an all weather road since during winter Sela pass remains covered in snow making journey difficult. 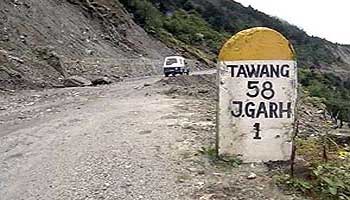 The approach road from the exit from the second tunnel will finally meet the existing Tawang road at 247.5 km point.

Bypassing of Sela pass will make motorable journey easier letting tourist inflow even during harsh winter when the pass remains cut off due to heavy snowfall, the discussion observed.

Also the BRO official briefed the Chief Minister on the issue of land acquisition on the Sela-Kela-Rama Sapper camp under Dirang subdivision.

He informed the CM that latest technology in cement carpeting is being used for re-carpeting of roads in the area which can withstand harsh weather conditions and had life of more than 25 years.

Chief Secretary Shakuntala Gamlin, who was part of the briefing, suggested having provision for laying of optical cable fibre along the highway so that later inconvenience could be overcome.

Chief Minister decided to visit the proposed site in the last part of August next.