Urgyelling Temple was built around 1487. The Sixth Dalai Lama, Tsanyang Gyatso was born on 1 March 1683 in Tawang in Urgyelling Monastery to Tashi Tenzin, a descendant of the treasure revealer Pema Lingpa, and Tsewang Lhamo, hailing from a royal family of Bekhar Village. 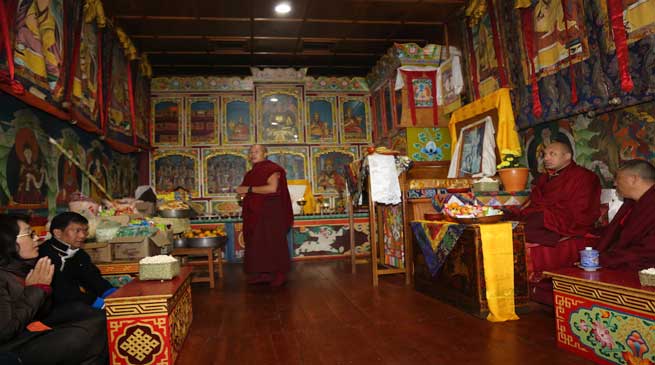 His Holiness will visit Mon Parpong Jangchup Choekorling Kagyu Gompa tomorrow, where the offering of Mande-Ten-Sum will be made. Thereafter, he will depart for Dirang in West Kameng district.