Top official of PWD department today visited and inspected several road and bridge projects in and around capital complex and take stock of the status of the project.

The team of officer which include Commissioner PWD Bilatee Pertin, Western Zone Chief Engineer Katung Waghe, Chief Engineer Survey, Investigation, Design and Planning Atop Lego and other sub ordinate officers and engineers accompanied the team. They visited the road from Itanagar-Jote, steel bridge over river Poma which connect under construction infrastructure of National Institute of Film & Television at Jullang and several other project. 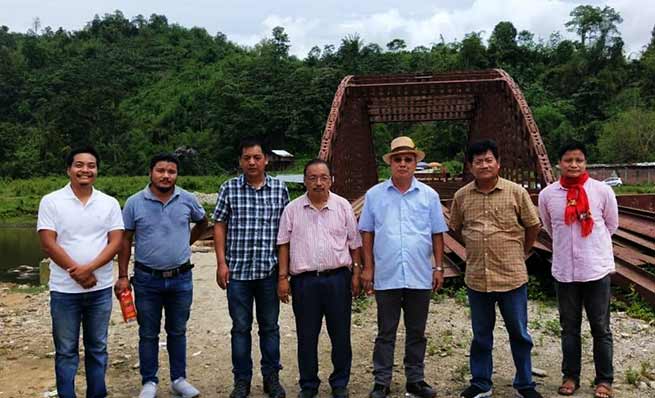 Waghe said that the target have been given for bridge toward Film & Television Institute is August 19, bridge at Ganga to be completed by August 19 while bridge near Helipad to be completed by January 20. Direction have also passed on to the executing agency to expedite all the works on priority basis. Waghe added.