VIRAL NEWS-  A woman claimed herself a “ Cave Woman” who survives on roadkill, including repurposing the skin and bones of the dead animals. She is Sarah Day, 43, a resident of Colchester, Britain, by profession is a schoolteacher who educates children on history — and survival skills.

According to New York Post, Day claimed she eats “roadkill at least once a week, although there isn’t always an animal on the side of the road,”.

Also Watch this Viral Videos: Monks Dance to “Aila Re Aila” and many more songs

“My freezer is full of roadkill finds, which is handy during the winter because I can defrost the deer or rabbit to make a hearty stew,” she continued, adding that the flavor of rats is “very similar to squirrel — it is mild and sweet. It tastes a little bit like chicken, but much nicer.” 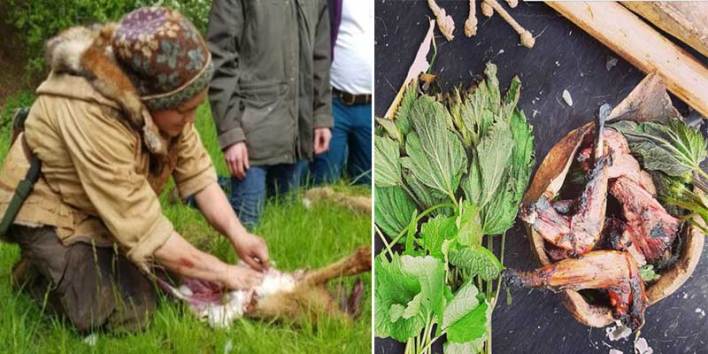 Pigeon, on the other hand, reportedly tastes “like a really good beef steak.” Besides just munching on the delicious animal carcasses, Day also likes to turn the skin and guts into leather. The animal skulls are “amazing bits of engineering,” while the bones are used to make tools and weapons.

“I don’t see any harm in [picking up roadkill] because the animal has died anyway, rather than it get skinned in any other way,” she rationalized.

She only eats roadkill that has been on the road for under 24 hours. ‘Sometimes roadkill is simply too damaged,’ she adds. ‘But if it is still juicy and warm, and largely intact, then it is good to go.’ 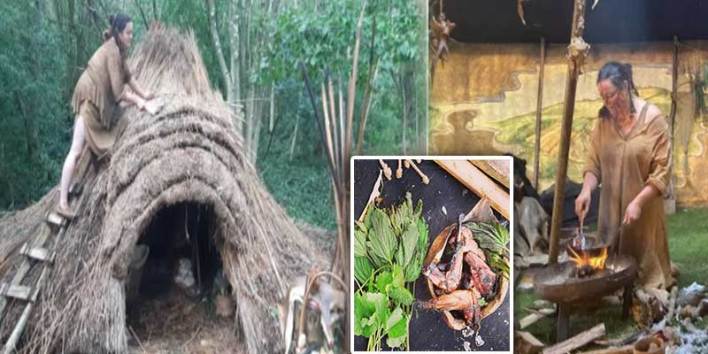 Though she admits, she still shops for meat in the supermarket: ‘You’re not likely to find a roadkill pig,’ she says. Fair enough. But hunting for roadkill isn’t just about eating.

As for her actual living conditions, Day said she has a house “in the middle of town”; however, she would “rather live in a tent.” She reportedly even made her own sleeping bag out of reindeer skin to keep warm at night, as well as “a selection of clothes from roadkill” that she supposedly wears for work.

“It is all about working smart. The more you practice, the better you become,” she concluded.