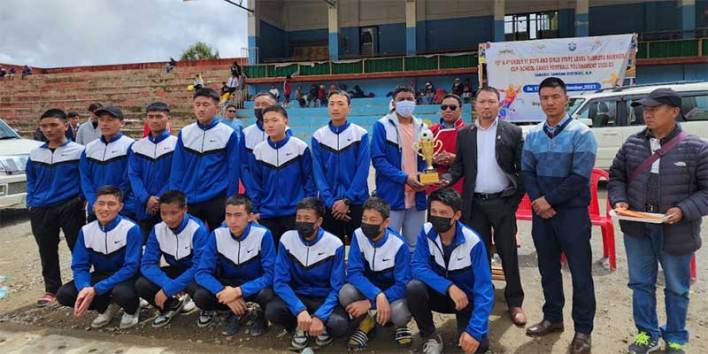 The final match of boys was played between team of GHSS Jang and GHSS Tawang in which GHSSTawang scored 2goals against 4goals scored by GHSS Jang (In Penalty Shoot-out).

While in final match of girls GHSS Tawang scored 1goal against 0 scored by KGBV Kangteng.

Addressing the participants Rinchin Leta congratulated the winning team and said those were the days when Games and Sports were not given much importance and students were told to focus more on book studies, but without discipline and good health no one can achieve real success, and games and sports teaches us to be in good health and disciplined life. He conveyed his best wishes to the selected players who will now play in state level tournament.