ITANAGAR- A farewell function was organized in the Office of the Director of Information and Public Relations, today in honor of the Director IPR Dasher Teshi who retired upon attaining superannuation.

Secretary IPR, Ajay Kumar Bisht, thanked the Director for his contributions to the department and wished him all the best for his second innings post superannuation.

Many officers and officials spoke of their association with DIPR since his initial posting days and termed him as a very liberal, honest, straightforward and humbled officer who has always worked for the welfare of the department and public. 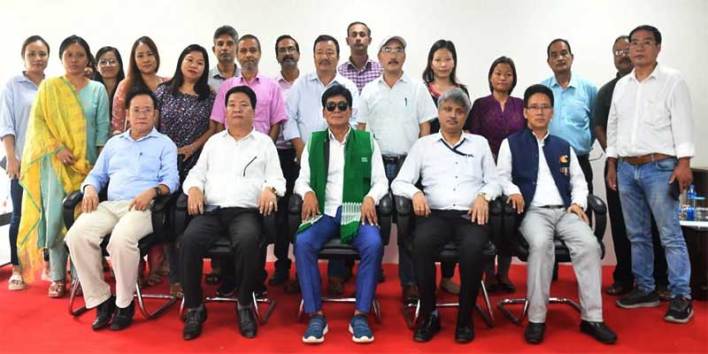 They said that it was a privilege to get a chance to work till retirement and hoped that God would continue to shower his blessings upon him.

The DIPR in his speech said that he would now utilise his time for social work and would make up for the lost family time. Recalling his working years as the golden period, he said he would continue his good work in the society and provide guidance to the younger generation.

He said for the efficient functioning of office, one should have regard for each other that would help one earn love and respect.

He joined as Director IPR in the year 23/3/2021 and has continued his service here till his retirement today.