VIRAL VIDEO of a  girl hit a wonderful target with her feet,  post shared by Harsh Goenka, you too will be surprised after watching this viral video.

There is no dearth of talented people in the world. Videos of such talented people go viral on social media. Some of these are so amazing and amazing that we do not take our eyes off them.

Here is a video of a girl is going viral on social media, after seeing which you will also be forced to press your finger under your teeth. You will be surprised to see the way in which the girl is seen doing archery with her feet in the video.

Industrialist Harsh Goenka has shared this video of a girl doing archery on Twitter, which has become viral. The way this girl stands on her hands and shoots accurately with her feet, no one should be surprised to see her.

In the beginning of the video you can see that the girl is standing on two iron rods with her hands. He has an arrow-bow in his leg. After this, she hits the target accurately with the burning arrow. Let’s watch this video.

You must have been surprised to see this amazing video of the girl. Because the way the girl has made a balance on the iron rod and hit the target accurately, it is not for everyone. People are liking this video a lot.

Would be a great idea if the Olympic torch is lit like this…. pic.twitter.com/acfOVCIipA

This video, shared on Twitter on November 7, has got over two lakh views so far. While more than 10 thousand people have liked it. People are liking this video so much that more than 13 hundred people have retweeted it. After watching the video, people are constantly giving their feedback on it. 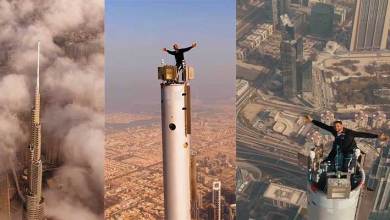