The Arunachal Pradesh Chief Minister’s Office (CMO) is aware of a complaint filed with the National Commission of Women (NCW) against the Chief Minister of an alleged rape in the year 2008 by one (Mrs) Pema Samchung Flago on February 15, 2018. The complaint was filed on the day Prime Minister of India was on visit to the state capital, said a press release issued by CMO.

Chief Minister Pema Khandu had expressed full faith on the NCW to decide on the merits of the complaint and had personally reacted by saying  “I am shocked and saddened by these false allegations against me. I have always conducted myself honorably and with utmost integrity. In my view, these allegations are politically motivated and crafted by my opponents. It’s unfortunate that they have resorted to such dirty tricks bringing disgrace to political life of Arunachal Pradesh. I have full faith on the authority before which this matter currently stands will do justice. There is no doubt that truth will prevail over this malafide campaign against me.”

The decision of the NCW to refuse to entertain the complainant’s appeal is a blatant blow to malicious attempts by elements bent on maligning the image of a person through false allegations. Every sensible person should reject and condemn such lowly acts of dirty politics.

It is to be noted that, the complainant had first lodged a complaint of the alleged rape in December 2015, 7 years after the alleged crime. The present Chief Minister was just a common man minding his own business in 2008, when the alleged incident is claimed to have occurred.

The Itanagar police immediately made a preliminary enquiry on receipt of the complaint. The complainant then approached the Court of Chief Judicial Magistrate (CJM) with her allegations. The Court however found no merit in it and dismissed it by mentioning “the complaint filed under Section 156(3) of the Criminal procedure code is devoid of any merit and complainant is not entitled for the orders as prayed for”.

The entire episode at this moment is in public domain for scrutiny and the CMO believes that citizens of the state can now clearly see through the conspiracy being hatched against the Chief Minister who is growing in popularity by the day for his strict and bold decisions to streamline governance and root out corruption. 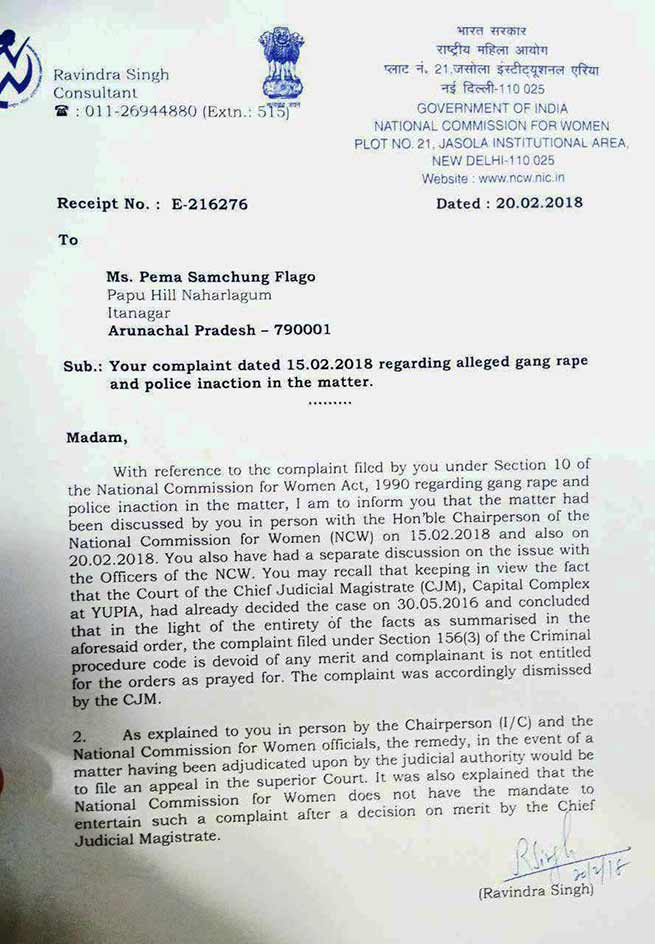