Mr. B. Puriok , ADC, was invited as the Chief guest of the Chalo loku festival  who declared the festival open at Deomali general ground today amidst huge folks. Various dance troops has participated in the festivals from across the nook and cranny of the deomali circles. The main ingredients of the main festival was the exibition of food stalls by various tribes of Arunachal pradesh which was the main attraction of the day that added colors to the events. The evening session was mesmerised by the musical band from Tinsukia, Assam where the music lovers from across the circle throng in huge numbers. 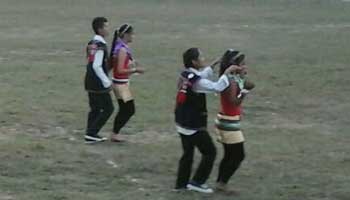 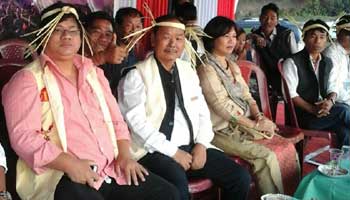 The festival could be organized due to the sheer contribution of the Chalo Loku committee physically and mentally. Mr Wangphoon Lowang, as President, Mr. Thatwang Boi as General secretary, Mr. Lommey Shin as Asst General secretary and Mr. Phongson Pungjung as Vice president  were the committees who will look after the entire affairs of the Chalo Loku till the end on 25th November 2016 where Deputy Chief Minister Chowna Mein has consented to grace the famous Chalo Loku of the Nocte tribe at Deomali in Tirap district. This festival is expecting a huge tourist turn out from across the country in the few days which will culminate on 25th November 2016 with DCM as the chief guest.