Amid the backdrop of the unfortunate death by suicide of former CM Kalikho Pul, claims have emerged that the Arunachal CM Bunglow is plagued by “Vastu Doshas'” which maybe the cause behind the unfortunate and untimely end that befell upon all those who resided in it.

Previously limited to select circles, this issue has catapulted into the mainstream with the recent death of Kalikho Pul, who was the fourth CM to have resided in this bungalow. He had to face many ups and downs in his life after moving into this house which many claim to be the motivating factor behind his decision to commit suicide.

Eminent Guwahati based Vastu expert Rajkumar Jhanjari is the most prominent voice among the people who claim that the CM Bungalow suffers from “Vastu Dosha”. He says that he was invited 2-3 years ago by a Congress leader to inspect the Vastu of the CM bungalow where he found several Vastu Doshas or defects which he reported along with ways to rectify them to the then incumbent CM Nabam Tuki, who reportedly even fixed some of the “Vastu Doshas”.

Rajkumar continues, saying that he visited Itanagr again after a few days where a Bungalow caught his eye. He said that the Bungalow had a beautiful facade but his intuition led him to believe that the house suffered from “Vastu Dosha”

He asked  friend of his as to “who owns the Bungalow, adding further that whoever owns it might have to face many problems.”

His friend replied that the place is owned by CM Nabam Tuki. His friend called Nabam Tuki upon his insistence to inform him about the Vastu defects gripping his house.

Tuki even talked about sending his brother to meet Rajkumar to discuss the vastu doshas in his house but the visit was called off by Tuki’s wife who didn’t believe in Vastu Shastra. Sadly however, Nabam Tuki was ousted from power a few days later and had to face many difficulties in life after moving into the new house.

Vastu expert Rajkumar Jhanjari states that Nabam Tuki came back to power, thought only for a day, only after rectfying the vastu doshas Vastu of his house and was even able to walk away from the entire affair with his reputation intact. However, he still claims that all the Vastu Doshas that plague this house haven’t been rectified

Dorjee Khandu was the first CM to have made the new CM bungalow located at Niti Vihar area of Itanagr his home. He shifted a few months after the completion of the new bungalow but met an untimely end shortly afterwards in a helicopter crash in 2011. 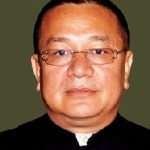 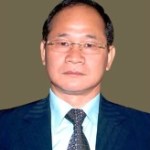 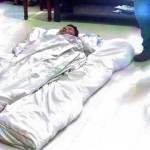 Jarbam Gamlin who became Arunachal’s new CM after Khandu’s death, was reportedly the next victim of the Vastu doshas that plague the new CM house as he had to face increasingly violent protests by Nabam Tuki’s supporters which forced him to resign from his post in the month of October, 2011. Gamlin’s misfortunes continued long after his short stint in power as he met his end in 2014 due to prevailing illness.

When Nabam Tuki shifted into this house after becoming CM, he was, in a short span of time, faced with a rebellion within his own party by a faction of dissident MLAs led by Kalikho Pul that resulted in his ouster from the CM post in February, 2016 with Pul becoming the new CM of Arunachal Pradesh.

Although a Supreme Court decision brought him back to power by declaring Pul’s government illegal, he still had to give up his post as CM of Arunachal Pradesh to late Dorjee Khandu’s son, Pema Khandu. On the other hand,  Kalikho Pul commited suicide in the CM bungalow a few months after losing power.

Such a series of unfortunate incidents in the new CM house may lead even the staunchest of sceptics to believe that there is some substance in the argument that the CM house suffers from Vastu Doshas but whether it’s the truth is a mystery that will remain unresolved for now atleast.