ITBP today successfully conducted special all Mahila Patrol for the first time to one of the most sensitive and strategically important pass at Indo-China border somewhere in Arunachal Pradesh.

The special patrol was led by Ms. Bhanita Timungpi, Assistant Commandant along with Mahila Sub Inspector and Mahila constables.

ITBP General duty Mahila have been participating almost in all operational duties alongside their male counterpart along 3488 km of Indo China border. 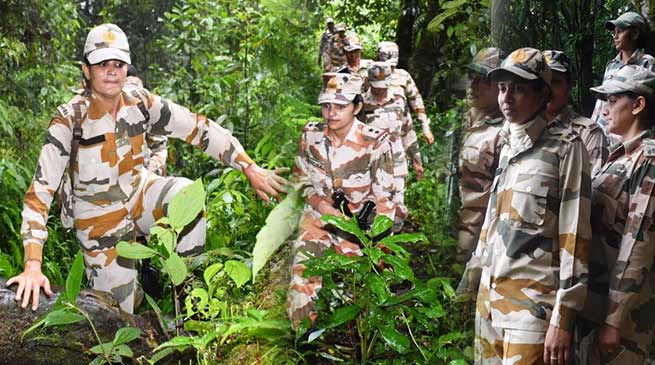 However this is for the first time that any Mahila officer has led the special Mahila patrol with a focus to keep vigil at the border and also to achieve maximum efficiency while operating at high altitude areas, adverse weather and climatic conditions, hostile terrain and thickly forested area of North East.

With this patrol, ITBP Mahila personnel have once again proved they are second to none and had achieved a milestone thereby paving a way to take on more challenging task ahead.