SHIMLA:  At least 22 people were killed, five others went missing, and a railway bridge collapsed in Himachal Pradesh after flash flood on Saturday.

At least 22 people, including eight members of a family, were killed and five others went missing in incidents of landslide, flash flood and cloud burst triggered by heavy rainfall in Himachal Pradesh in the past 24 hours, State Disaster Management Department Director Sudesh Kumar Mokhta said on Saturday.

Bodies of eight members of a family were retrieved from the debris of their house after a four-hour-long search operation by the National Disaster Response Force (NDRF) and police at Kashan village in Gohar development block, he added. The house collapsed in a landslide.

The railway bridge on the Chakki river connecting Punjab and Himachal Pradesh collapsed on Saturday due to heavy rainfall in the area. 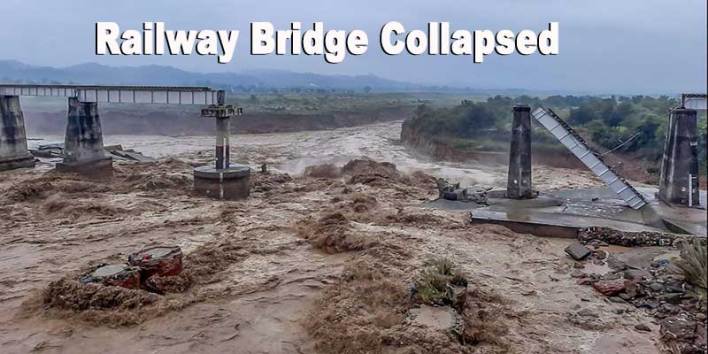 Earlier today, a cloudburst was reported in Dharmshala, that led to a landslide in the area. Due to this, schools have been closed in Kangra, Kullu and Mandi areas of Himachal Pradesh.. 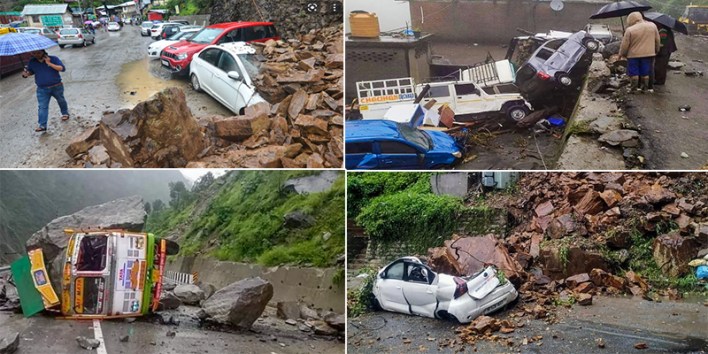 In view of incessant rain in Mandi for the past more than two days and weather forecast of heavy rainfall in next 24 hours, it has been decided that all government and private educational institutions (except colleges and ITI) will remain closed on August 20, he said in the order issued on Friday evening.

Himachal Pradesh’s disaster management department has issued a warning for landslides due to heavy rains predicted in the state till August 25.