DIPA- A grand function to commemorate the first flag hoisting of the National Tricolour at Dipa village on 15th Aug’1947, was held here by the Department of IPR, GoAP at the very historic Dipa Village of Lower Siang District .

Directorate of IPR, GoAP in collaboration with Govt. Secondary School, Dipa organised a poster making competition, photo exhibition and showcased a short movie about Martyred Havildar Hangpan Dada to the students and public of Dipa Village. 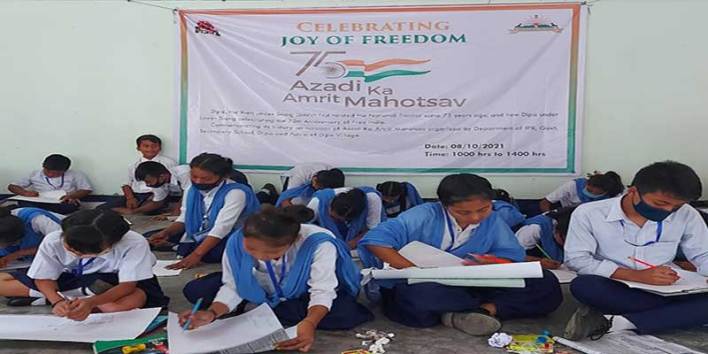 Henkar Rokom Bado, Chief Engineer Power and also one of the eminent personality of the village briefed about the history of freedom struggle. He urged the govt to upgrade the dilapidated condition of the school which is being maintained by the contributions of the villagers.

He also said that the villagers faced difficulties specifically during Assam bandh calls as the only option to go to the other parts of the district was through Assam and therefore if the govt connected the village via Arunachal it would not only benefit Dipa but also other villages en route. 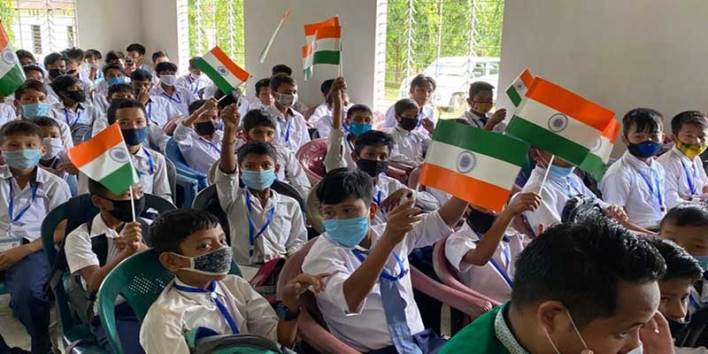 The day was observed by remembering the great freedom fighters and other unsung heroes of the State.