A major fire accident broke out  at Hayuliang market last night around 12.00 mid in which 14 (fourteen ) nos of shops selling articles ranging from electronic items to paan gumtis were completely gutted down.

By grace of Providence, there was no fatality. However  samaritans duo Md Nizamuddin Tapadar of Govindpur village  and Md Nizamuddin of Tarinipur village running small shops opposite the fire ridden area , while trying to help douse the fire  suffered injuries. Both have been given immediate medical treatment  and administration is facilitating treatment of both injured.

Besides 14（Fourteen）nos.  of shops one dwelling house also was completely gutted. One shop had to be broken/completely demolished  to control further spread of fire.

Immediate relief of Rs 3000/-  has been provided along with 50 Kgs of rice each to all affected families  by District administration  to tide over. Immediate crisis  Shelter has been arranged for 1 dwelling house that’s been gutted.

Deputy Commissioner Smti M. Riba conveyed full support and empathy of Honourable  Member of Legislative Assembly  Shri Kalikho Pul , who she I formed has been constantly  monitoring the situation and announced relief of Rs 1 Lac to each of the affected household on account of the devastating fire. 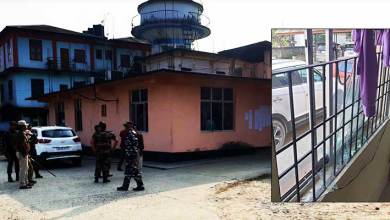 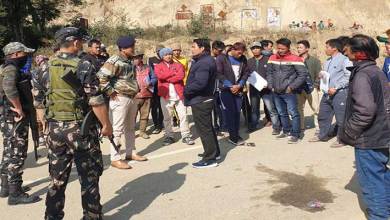 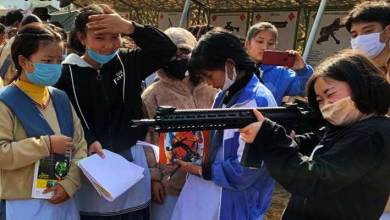