“Youths are the future of the Nation,” said Deputy Chief Minister Chowna Mein while appealing to parents and teachers to enlighten their children on the ills of drug use on their physical and mental health and also to the society. 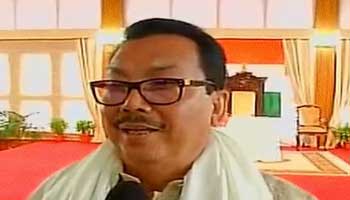 This appeal is made by the DCM in the backdrop of many recent report of drug abuse in the state particularly in Pasighat, Changlang and Namsai which has been reported in various newspapers lately.

“Substance abuse especially among the youth is a serious concern for not only the society but for the nation as whole. I would advise the parents to always keep an eye on them,” DCM insisted.

DCM also exhorted all sections of society to come together in efforts for tackling substance abuse instead of leaving the task to the police alone. He appealed the students, parents, teachers and members of social organizations to come forward comprehending their responsibility.

Directing the police department to continue its efforts against drug abuse, DCM said that those involved in the illegal drugs trade should be dealt with stringently as per law.

DCM quoted the UNO which opined that “Use of Narcotics and psychotherapeutic substances can even lead to extinction of a society or a tribe.”

Citing the UNO, he added that small tribes are particularly more vulnerable.