His Holiness the 17th Gyalwang Karmapa Ogyen Trinley Dorje, who was accompanied by MHA Advisor, Amitabh Mathur was accorded a grand reception here at Ugyen Tsangpo Helipad at Changprong in Tawang today.

Earlier, Chief Minister Pema Khandu offered a warm reception to His Holiness at the Gopinath Bordoloi International Airport, Guwahati, and accompanied him on his onward journey to Tawang by helicopter. 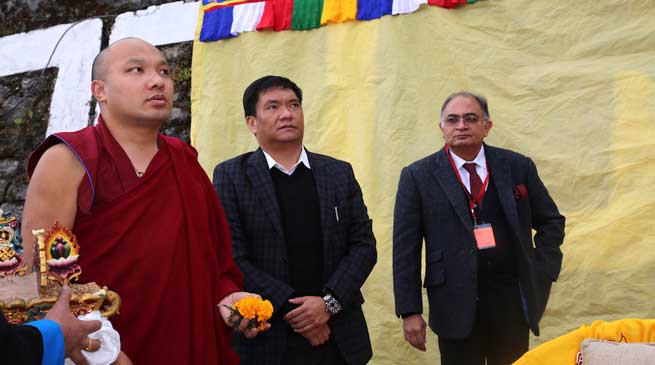 Upon his arrival, His Holiness who is the head of the 900-year-old Karma Kagyu lineage and guide to millions of Buddhists around the world visited the Sera-Jae-Jamyang Choekorling monastery and attended the rituals. The rituals included the offering of mande-ten-sum by the Abbot, followed by the Tibetan Buddhism debate and preaching. 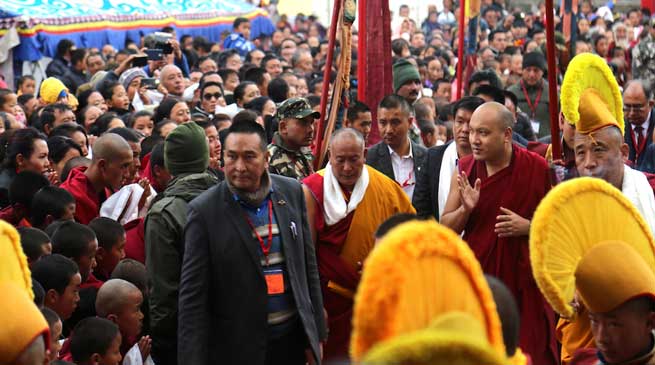 Following his visit to Sangyeling monastery, His Holiness visited the famous Tawang monastery, where the Abbot of Monastery, Gankar Tulku Rimpoche and the Chief Minister offered the ritual of mande-ten-sum. This was followed by Lhamu Tsokhar and Durda dances performed by the monks.

Earlier on his way to Tawang monastery, His Holiness was given a warm reception by the local people. Women, men, children, young and old all stood in line along the streets of Tawang with ‘khada’, incense sticks and flowers to welcome him. The people of Tawang greeted his Holiness with great emotions and love. The people had been anxiously waiting for His Holiness visit and thorough preparations had gone for past many days. 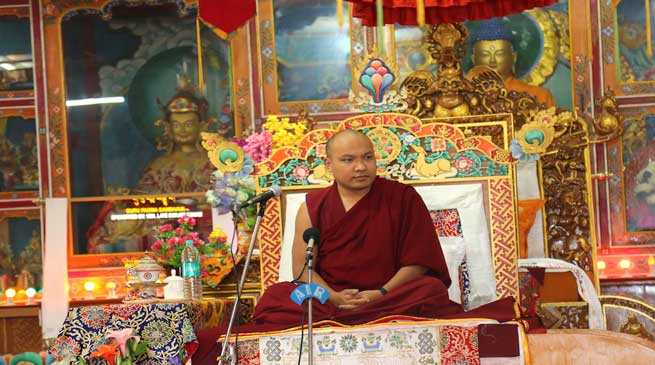 His Holiness expressed his gratitude for the warm welcome and said that he was fortunate to have visited Tawang. He thanked the Chief Minister and Minister of State for Home Affairs, Kiren Rijiju for taking the initiative for his visit.

Addressing the people at Tawang monastery, His Holiness urged the people to have firm faith on the teachings of Buddha and His Holiness The Dalai Lama. He advised them to carry forward the understandings of Buddhist philosophy and science and to imbibe within them the same in their daily life. 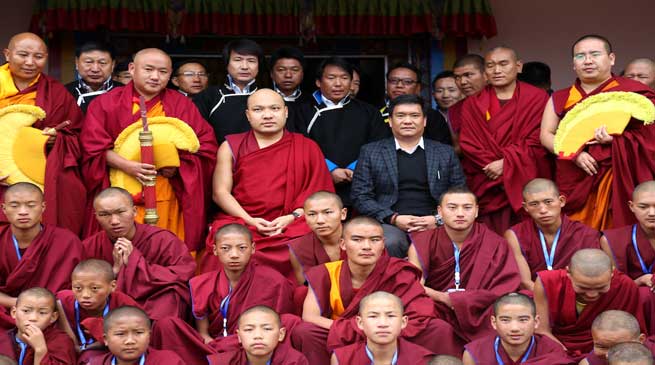 The Karmapa also stressed on the importance of faith towards Buddha Dharma and discipline among the monks. He urged the Sanghas to be in harmony to prevent outside forces from hampering the progress of Buddhism in Monyul.