This year we are celebrating 75th year of independence as Azadi Ka Amrit Mahotsav. Har Ghar Tiranga Abhiyan has also started. In such a time, do you know the history of that tricolor, have you ever thought that seeing the flag, every citizen of India feels proud today, when was that flag made and why was it made?  Who had designed this Tiranga ? So friends, this article and  video is in the name of our national flag. You will get all the information, so Read this story and watch this video till the end and share it to every citizen of the country.

The History of Tricolor

The national flag of India is a symbol of pride and honor for every citizen of the country. Whenever someone hoists the tricolor, there is a different glow on his face.

The tricolor for India was conceptualized by Pingali Venkaiah of Andhra Pradesh. They were discussed by Mahatma Gandhi in his newspaper Young India in 1931.

Venkaiah, who studied at Cambridge University, met Mahatma Gandhi. He was very interested in flags. Gandhi asked him to make a flag for India. Venkaiah designed a flag after researching the flags of many countries from 1916 to 1921. 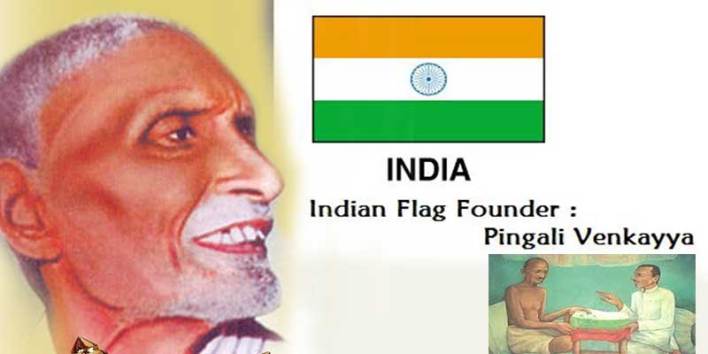 In 1921, in the session of the Indian National Congress held in Vijayawada, he met Gandhi and showed the flag made of red and green colors. Since then, this two-coloured flag has been used in all the sessions of the Congress in the country.

In 1931, the Congress accepted the flag made of saffron, white and green. However, then in the middle of the flag was not the Ashoka Chakra, but the spinning wheel.

Now let’s talk about the importance of the colors of the flag.

How the country’s flag was made

The Ashok Chakra replaced the spinning wheel in the middle of the flag. This flag was adopted as the Indian national flag by the Constituent Assembly on 22 July 1947, 24 days before the declaration of India’s independence.

After the independence of the country, the first Vice President Sarvepalli Radhakrishnan, while explaining the importance of the Chakra, said that the Ashoka Chakra in the middle of the flag is a symbol of Dharma. Those living under the patronage of this flag will follow the principles of truth and religion. The wheel is also a symbol of motion. India has to move forward. The circle in the center of the flag symbolizes the dynamism of non-violent change.

Earlier everyone did not have the freedom to hoist the tricolor 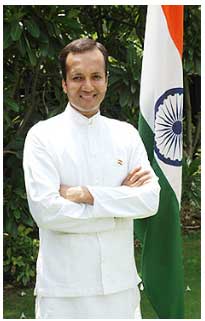 Friends, especially the younger generation, you will be surprised to know that before the year 2002, the general public of India could hoist the flag only on the occasion of few national festivals. But from the year 2002.

There is also a very interesting story about the right of every citizen of the country to hoist his beloved tricolor. And the credit for this goes to former MP and businessman Naveen Jindal.

Indeed, Naveen Jindal’s passion for the national flag began during his student life at the University of Texas in the United States.

After coming back to India in 1992, Naveen started hoisting the tricolor every day at his factory. He was forbidden from doing so by the district administration and was also warned of punishment.

Naveen Jindal was shocked by this, he for himself and for the citizens of India also approached the Delhi High Court and the Supreme Court regarding the right to host their national flag privately.

After a seven-year-long legal battle fought by Naveen Jindal, in the year 2002, the Supreme Court said  that every citizen of the country has the right to hoist the national flag with respect, dignity and honor and thus it’s became a fundamental right of the every citizen of India.

The Union Cabinet made amendments to the Flag Code of India on 26 January 2002. Through this, the general public was allowed to hoist the flag on all days of the year.

The Indian Flag Code 2002 came into force from 26 January 2002. For convenience, this code is divided into three parts.

So friends, this was the history of our national flag which I shared with you. Now share this with as many people as you can. This video should reach every Indian’s phone before 15th August.