An exhibition match was played between CM XI and GRK XI. The Match was won by GRK XI by 1 goal.

Earlier the Chief Minister inaugurated the Academy by cutting ribbon and unfurling the flag. 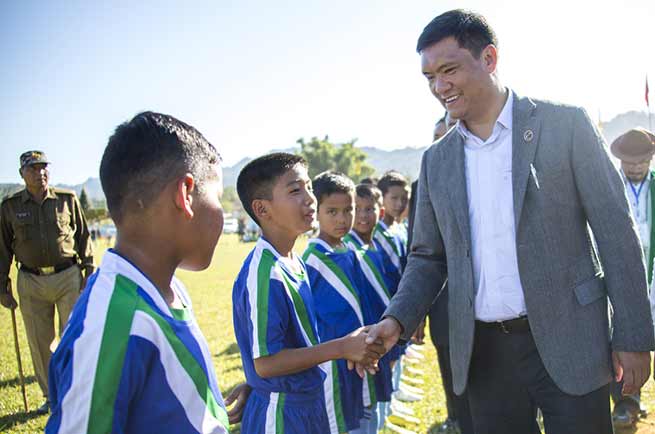 The Chief Minister in his speech said Arunachali youths have tremendous potential in sports but the state lacked adequate infrastructure to support their aspirations. In this direction, he informed that he had asked union sports ministry for sports stadiums and asked the respective districts to submit proposal for it.

Appreciating the step taken by GRK in opening a football academy, the Chief Minister assured support from state government and contributed Rs 10 lakhs from his personal means.