Speaking to the reporters, Phassang informed that, though PMGKAY is the scheme of the central government to confer free rice to the needy people but the main objective of this event is to provide rations to those people who were left out in the last distribution.

So taking the opportunity of the birth anniversary of the Pandit Deendayal Upadhyaya, we are distributing the free rations to the needy people. He also informed a similar programme will be also held in different location of the capital region.

While responding to the query of reporters, Mayor informed that, a team of IMC will soon visit the national capital to meet the central minister and to attend a meeting called by the Prime Minister with all the urban local bodies and other heads to discuss various developmental issues of the state in October next.

We are also very much sure that pending funds under Atal Mission Rejuvenation and Urban Transformation (AMRUT) will be released by the concerned Ministry so that our works on Sewage treatment Plant, Solid waste management plant and others will be completed soon.

The working season has started already, so IMC will start its works as soon as funds will be released by the Ministry, and I assured to the public that without any corruption we will complete the projects’ asserted Mayor Tame Phassang. 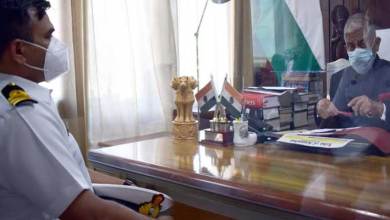