Resident of police and Statistic colony in Itanagar have been risking their lives on a daily basis to get across the Senki river  using  this hanging bridge.

The resident of  police colony and Statistic colony appeal the capital district administration to direct the concern department for immediate repairing and maintenance of the hanging bridge over river Senki between the two colony.

The locals allege that the said bridge is in very pathetic condition. Several accidents have already taken place, and if it will not repair as soon as possible, then any big incident may happen.

The bridge is only lifeline for hundreds of local residents and the most important is that hundreds of students of various school use this hanging bridge which connect the Police colony and statistic colony having a population of around Five thousand.

They said that the bridge provide safe passage for hundreds of two wheelers of various colony and sectors of city who use this way to go either to Gopur Tinali, KV II, VKV, Police battalions and several office located in the vicinity and on the other side. 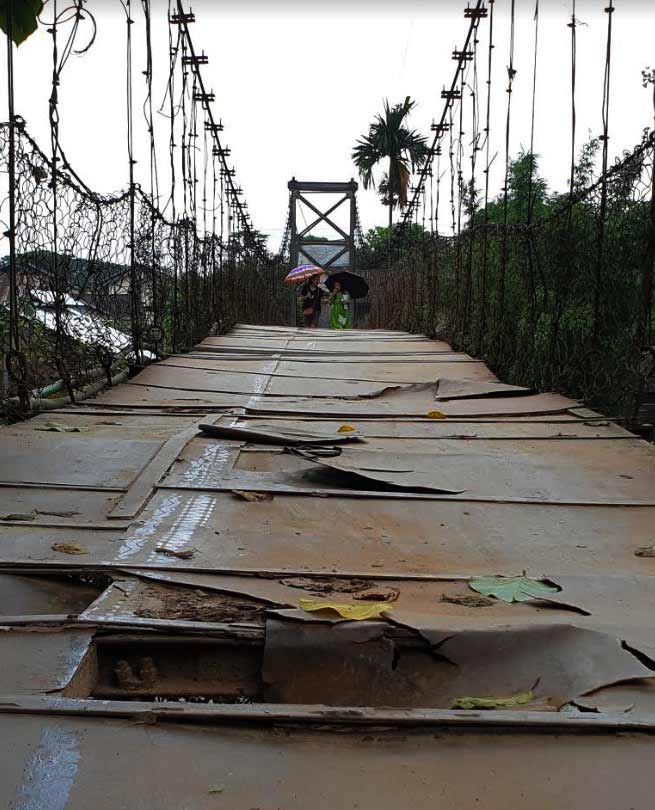 On several occasion the local use to repair the bridge by collecting donation but it is not possible every time . The state government or capital district administration need to take care in the greater interest of the public service,  They said.

Few women who were crossing the hanging bridge said that due to pathetic condition of bridge we fear of safety of our school going children.