Around 60  Student volunteers participated in the cleanliness drive, which was started with sweeping near the Akashdeep and collection of garbage from unofficial dump sites across the city.

During the drive Tong or forceps made from bamboos and several other protection kits were used and garbage was packed in the plastics bags. 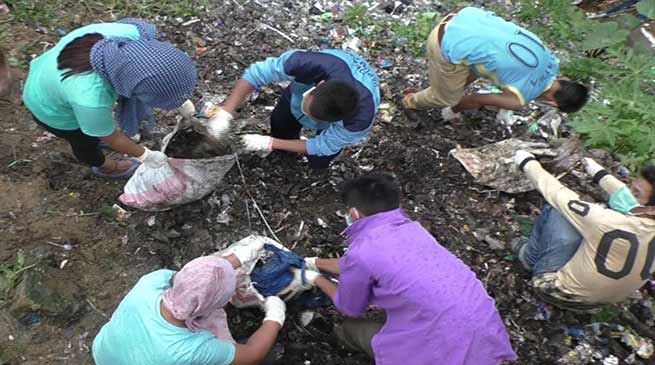 “This is for the first time such  drive organised  in market place, the area where maximum people from the state and outside visit for all kind of things. However, despite the affords of Itanagar Municipal Council, there are many areas  left behind and lack of civic sense in the denizen, the State Government mission for clean capital remains a distant dream.”

So, CCCYV started the campaign to clean up all the old garbage pile scattered in the major places of the state in every Sunday and the likeminded people who wish to join us are most heartily welcome” said CCCYV volunteer.