While addressing huge gathering in the beautiful valley of Koloriang, Deputy Chief Minister Chowna Mein said that the efforts are on to bring development in the far flung and border areas of the state as par with the plains and foot hills areas so that the border areas are not left abandoned by migrating to the plains and foothills. He said that the Govt is according top priority to the surface road connectivity of the farflung and remote areas. He said that the other development will automatically follow once the road communication is reached and stressed that road must first reach. He said that the development will not only concentrate on foothills but the state govt under the leadership of Chief Minister Pema Khandu is giving equal importance to develop every nook and corner of the state equally.

He, however called upon the people to change their mindsets and give up the compensation culture. He informed that Union Minister of Road Transport, Highways and Shipping, Nitin Gadkiri has recently assured to take up 50,000 crore worth road projects in the state including the proposed East-West Economic Corridor and Frontier Highways but with the conditions that we must provide the land free and they will give us road.

Mien further said that Arunachal is now opening up to the main markets as the connectivity is reaching every nook and corner. He said that the scenario have changed now and the farmers can supply their surplus agricultural and horticultural products like fresh vegetables and fruits to places like Itanagar and nearby Assam.

He urged the youths to adopt themselves with the advanced technology and avail of the opportunities that comes in their way. He said that the world is going digital and the Govt of India lead by Prime Minister Narendra Modi is making a clarion call to adopt Digital economy and Cashless transactions for a corruption free India. He urged the educated youths to come forward and take the lead role in educating the villagers about this changes too.

He said that the institution of Gaon Burah has been doing a yeoman service to the people of the state since pre-Independence time and said, “I felt privileged and happy to be associated with the institution on its 2nd Foundation Day Celebration at Koloriang”.

Calling upon the GBs to discharge their duties and responsibilities with sincerity, he said that being the representative of the govt in the villages, GBs must help in maintenance of peace in the villages. He said that for development to take place peace is a prerequisite and GBs being the part of the administration should help in creating conducive atmosphere for development.

Further responding to a separate memorandum submitted by Bamang Felix, Minister of PHE & WS, Mein said to include construction of Ring road in Koloriang township under RIDF/CRF in next financial year. He also said to incorporate construction of a multi-utility indoor stadium among other proposal of the state govt which would be submitted to the Union Ministry for sanction of fund. He further assured to include construction of Residential Buildings for General Administration, quarter for Medical staffs, hostel for working women at Koloriang and Rs 2 Crore project for Solid Waste Management in the next year budget. However, he said that all these proposals will be taken up in phase wise manner.

Mein also assured to provide fund for installation of High Mast lights in the Koloriang township and to include the construction of 2-lane road from Persi-Parlo to Cheyengtazo via Nyobia Circle Sangram-Nyapin and Phassang Circle in the recently announced Road Projects by the Union MoRTH&S.

He also urged the GBs to do their duty with responsibility by maintaining law and order in the villages. While lauding the resolution adopted by the GBs to ban hunting by guns, he further requested them to take up measures and help conserve and protect the pristine nature and greeneries and exotic flora and fauna of the state too.

To the much applause of the gathering, he announced that the state govt has already sanctioned for construction of 2-lane road from Talo to Koloriang and the work has already been tendered and the construction works of the same is expected to start within two or three months.

Pani Taram, Parliamentary Secretary for Home who is also the Chief Patron of APPGBGBWA in his speech said that the GBs are important body of the Govt and function as the eyes & ears of the Govt in villages. However, he urged the HGBs & GBs to maintain neutrality while discharging their duties and responsibilities as per the Assam Frontier (Administration of Justice) Regulations of 1945 and requested them to refrain themselves from playing politics to remain neutral.

On the occasion, DCM released the Flag Song of AAPGBGBWA and also laid the foundation stone of the 2nd Foundation Day Celebration of the AAPGBGBWA.

Mega Dance and Colourful traditional dances were also presented on the occasion.

Large gathering of HoDs, PRI Leaders and public were present among 700 HGB & GBs from various districts of the state on the occasion.

Earlier, the dignitaries were given a warm reception at helipad and General Ground, Koloriang in their arrival. 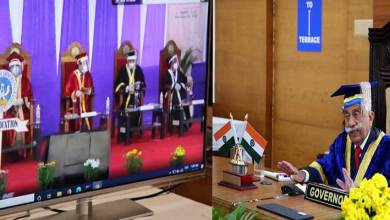 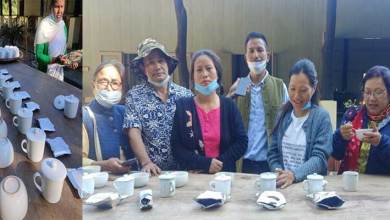 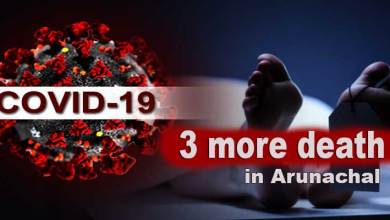 India is a democratic and secular country, where every religion and faith are equal- Pema Khandu
December 1, 2020