ITANAGAR: The state Election Commission (SEC) on Sunday notified the list of 238 elected zilla parisahd members (ZPMs), which included 185 of the ruling BJP, followed by 11 Congress, 9 JD(U),  5 NPP, 3 PPA, and 25 independents while results of 4 were awaited. 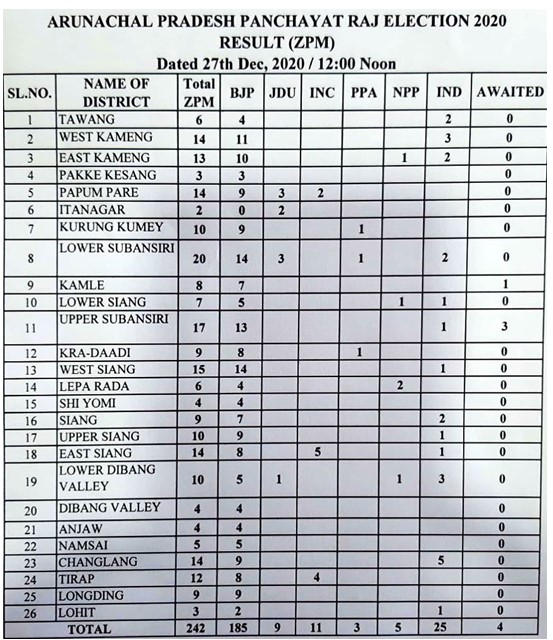 Moreover, the elections to 110 GPMs lying vacant for various reasons is likely to be conducted in coming mid-January while elections to one  ZPM and 40 GPMs of  Vijoynagar circle of Changlang district, postponed due to law and order problem would be decided by the state government, he added.

The elections to two tier Panchayati Raj Institution (PRI) and municipals were conducted on December 22 and counting had started at 7 am on Saturday. Though the results of Itanagar Municipal Corporation and Pasighat Municipal Council were announced during day time on Saturday but the results of PRI have been ticking in because of communication hazard, Ete added.