With this arrest of NSCN (R) commander and a Business man from Naharlagun,  Arunachal Police has foiled the conspiracy of NSCN (R) to commit extortion activities in the capital complex, Itanagar.

Arunachal Pradesh Police has achieved a major breakthrough with the arrest of NSCN (R) commander SS Major Phangran Jugli and Manoj K Mittal businessman from Changlang by the SIT team on 25/08/2019 near, Nyorch, Naharlagun.

It is pertinent to mention here that there were reliable inputs that UG group NSCN (R) members are doing extortion activity in the capital complex and are moving in white Scorpio regn. no. ARO1L-2202. 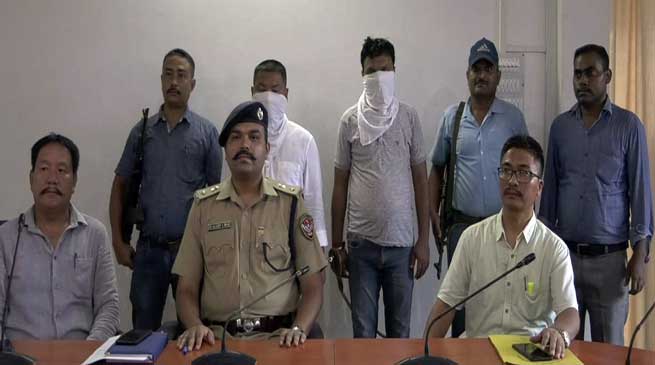 NS Brar, SP,  SIT  informed to the media that ” The Scorpio vehicle was regd. on the name of NSCN(R) commander’s wife.  We have seized two ATM cards from the NSCN (R) commander in which one of the account total amount was 11 lac 86 thousands . The second account details be yet to be ascertained”. 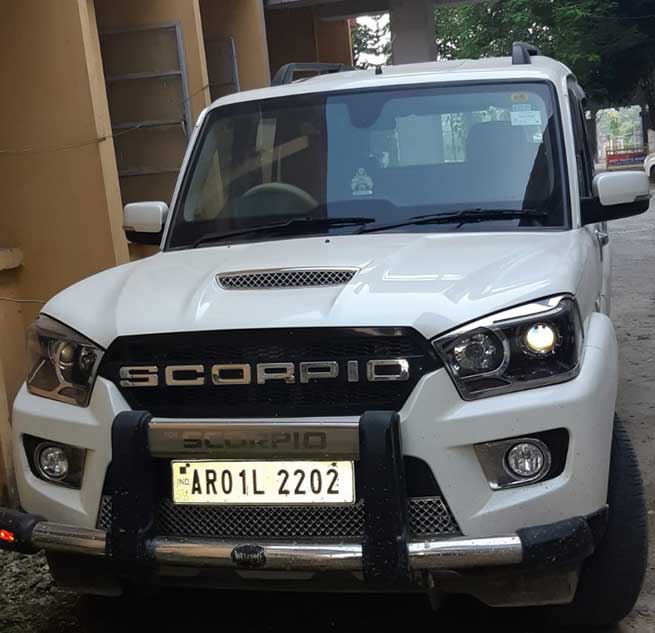 Accordingly, a case vide CB-PS FIR No. 07/2019 /384/511 R/VV 34 IPC registered. During investigation it was revealed that Phangran jugli is wanted in 5 different cases of Changlang district;

With this arrest Arunachal Police has foiled the conspiracy of NSCN (R) to commit extortion activities in the capital complex, Itanagar.

Further investigation is going on to unearth the details of conspiracy and arrest of other accomplice in this case.