PANGIN- ( Photo and text by Gandhi Darang ) These photographs themselves telling the story of deplorable condition roads of Pangin township. The people are greet with potholes & ramshackle road in the entry point from the highway. 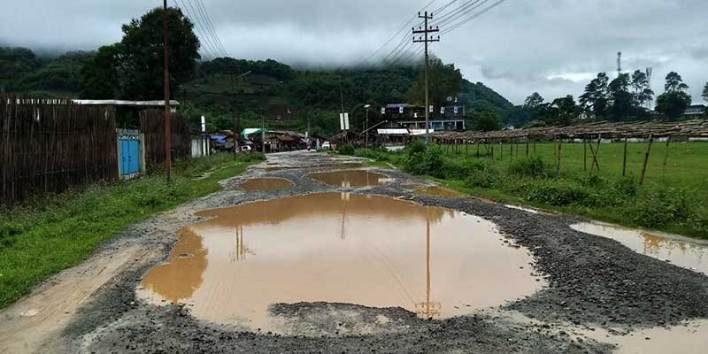 Almost every stretch of the township road has not been repaired since last 3/4 years. Due to water logging in various portions of the town, the commuters are facing numerous problems especially during rainy days. 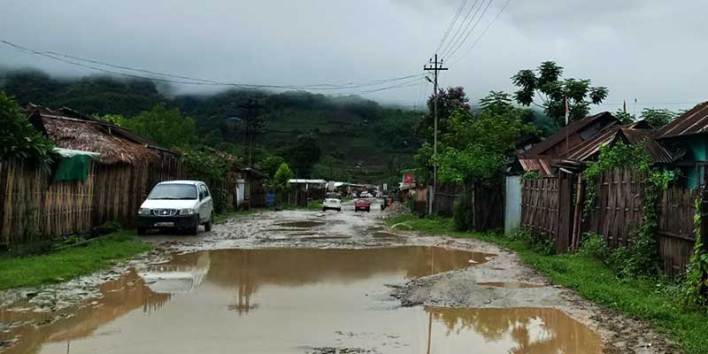 The town was reportedly established during British days but  the public of the area said they  are yet to see good roads and infrastructures. 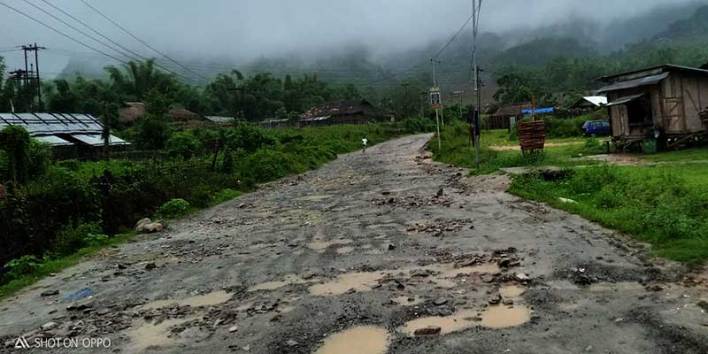