LONGDING-   Chingtai Club, Pongchau in collaboration with the Pongchau Students’ Union organized a Circle Level Volleyball Tournament with a theme ‘Play for Peace and Unity.’ It is a special and first time to organize such a big tournament in one of the remotest parts of the state.

The main motive behind organizing this tournament is to spread the message of peace and unity in the region as well as to pay tribute to the four legendary volleyball players of the region. (Lt. Kapwang Wangsa, Lt. Towang Wangsa, Lt. Jongan Wangsu, Lt. Wangow Wangsa) The tournament starts from 2nd March 2021 to 7th March 2021.

The inaugural ceremony took place on 02/03/21 at General Ground, Pongchau. The entire playground was decorated with flags, colorful balloons, banners, and flowers. The atmosphere of the General Ground, Pongchau took a festive look. Participants and well-wishers from various villages under Pongchau circle attended the inaugural ceremony. A total of 10 teams of boys and 8 teams of girls submitted their team list to participate in the tournament.

Mr. Laitoh Wangsa, ZPM, Pongchau Aanchal Block, District Longding graced the occasion as the chief guest. Amid large gatherings, he formally declared the tournament open at 10.00 am. In his inaugural speech Shri Laitoh Wangsa, ZPM, Pongchau emphasized on the importance of games and sport in our daily life and argued the youth to actively participate in outdoor games and sports to stay fit and healthy.

First day of the tournament started with a thrilling and exciting match between Konnu team v/s Chingtai B in which Konnu team won the match.

The six days long tournament went very peacefully and successfully with the support of administration, public and the players.

The tournament concluded with a colorful closing ceremony on 7 March 2021 along with prize distributions. Shri. Ganchai Gangsa, ZPM Wakka Anchal Block, District Longding grace the occasion as the Chief Guest. Appreciating and Wishing all the players Mr. Ganchai Gangsa argued the youth to stay active in games and sports along with their academic routines and also promised to support and encourage such event in the region

The winner of the tournament:

A member of the the club said “With the hope of spreading the message of peace and unity in the region and encouraging the youth to actively participate in outdoor sports to stay fit and healthy, We the Chingtai Club, Pongchau is determined to pursue such social work and motivational activities in the coming days-he added.” 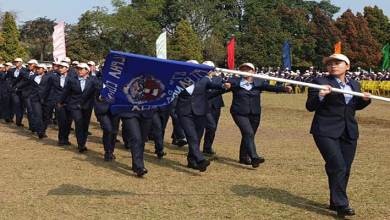 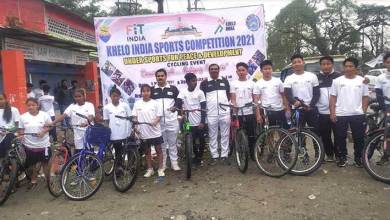 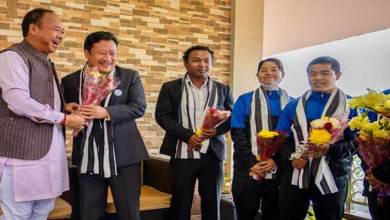