“Since Pema Khandu is not a CM of a state near Delhi, he is not given much TV space but it is Khandu who is making a blue print for developing Arunachal Pradesh by 2027”, said PM Modi while addressing the gathering at IG park in Itanagar on Thursday.

PM Narendra Modi before his speech inaugurated the Dorjee Khandu State Convention Centre, a dedicated Civil secretariat building to the people of Arunachal pradesh and laid the foundation stone of the academic block of Tomo Riba Institute of Health and Medical Science. 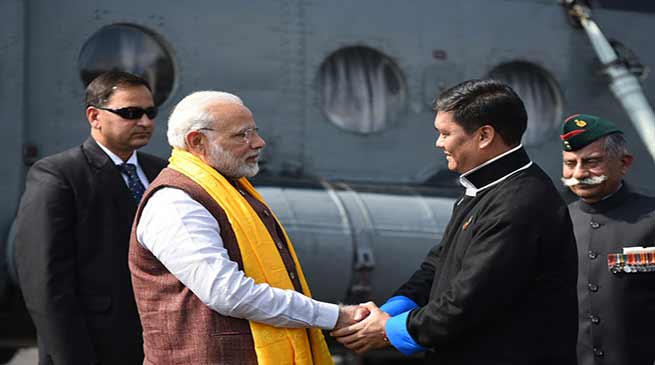 Addressing the gathering, PM Modi stressed on tourism development and medical education in Arunachal. “I will tell people to come to Arunachal Pradesh for their meetings and conferences and explore the land of Arunachal Pradesh”, said Modi.

“We are making sure that there is at least one hospital and a medical college in at least every two to three constituency. We want to bring medical facilities in the interiors of India,” Modi added in his speech.

A new Express train between New Delhi and Naharlagun will run twice a week and it will be called Arunachal Express, said Modi. 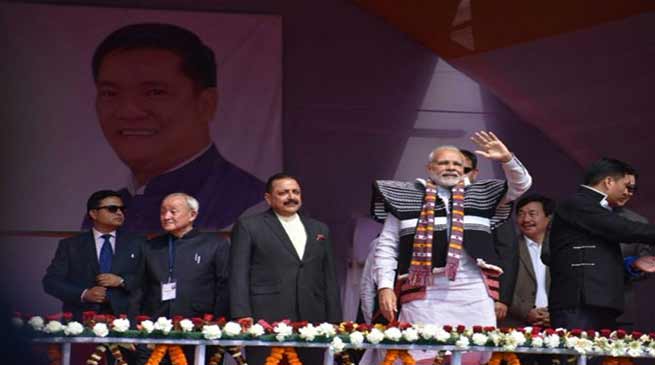 While dedicating the state civil secretariat building to the people of Arunachal,  PM said, “Most of the key departments are based in the new secretariat. This makes it easier for people coming from distant villages because they do not need to move from one place to another. Everything is in one place only. Coordination and convenience are enhanced”.