The Arunachal Pradesh Congress Committee ( APCC )  president Takam Sanjoy trying to sensitise  and turn the TAH compensation issue in to a mass movement. With this aims Sanjoy is  campaigning  and addressing a number of meetings from Potin to Bopi.

Sanjoy on  Saturday  addressed a meeting  at Abo-Tani  hall in Ziro. The meeting was attended by land affected people and others. Addressing the meeting  Sanjoy demanded arrest of all those involved in the TAH scam.

He said being an responsible opposition party in the  state it is our duty to aware the general public about the consequences of anomalies made in the TAH compensation distribution to the land affected people living on both side of the road from Potin to Bopi.

Referring the TAH as lifeline which is not only for the benefit of the locals population but it is strategically important for the defence purpose and other.

The people of the area are not satisfied with the present investigation process as only few people have been arrested.

Sanjoy shows an Affidavit in which a transaction of three crore was reflected. He questioned how three crore was available with a officer who is dealing with TAH issue and seems involvement of the elected leaders of the area.

He also raised how people who do not have plot of land have get crore of land compensation  and sought proper investigation and enquiry into the case immediately and demanded arrest to all those who encourage and to those who received.

He also demanded recovery of all fake bill and deposit to account of government exchequers. At the same time the process for tender and other formalities need to be started at the earliest so that the work process began at an early date.

Former Minister Padi Richo in his address elaborated the TAH issue since 2009 to till date and said that all leaders of the area should have come together if they feel the issue is for the general public. Referring  to the recent arrest of officers was for the Joram Koloriang road as the Fact finding committee is still doing its work.

Arunachal: Siang dist bandh in protest of delay in restoration of NH-13 passes off peacefully

Two Arunachalee women have been conferred the ‘Inspiring Woman Award’

Arunachal: Siang dist bandh in protest of delay in restoration of NH-13 passes off peacefully

Two Arunachalee women have been conferred the ‘Inspiring Woman Award’ 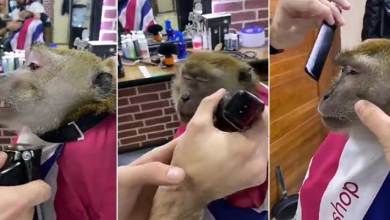