One IRBn Personnel has been arrested on Thursday for assaulting and threatening a traffic warden on duty.

An FIR was lodged at Itanagar Police Station on August 19 by one Rakhe Takam, Itanagar Traffic Warden stating that while he was on duty at Bank Tinali main point, Itanagar, one Tasi Major IRBn assaulted and threatened him. He further alleged Tasi of disobeying traffic rules and stated in the FIR that he has full video evidence of the incident. 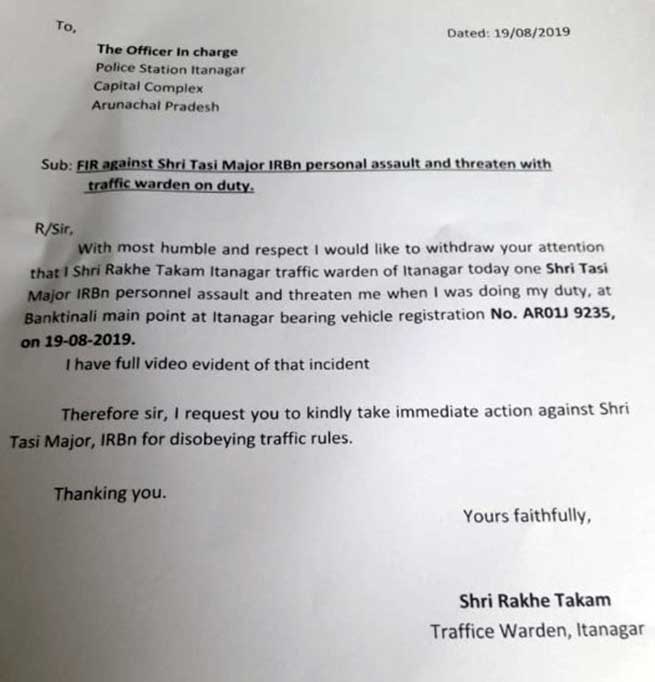 Also the video of the incident went viral in social media.