MUST WATCH THIS VIDEO of National Commissioner for Safai Karmacharis ( NCSK ) Member, Dilip K Hathibed which reveals the working of IMC.

The Member of National Commissioner for Safai Karmacharis Government of India Dilip K. Hathibed on Wednesday rebuke the officers of Itanagar Municipal Council (IMC) and dismissed the Safai karmachari review meeting due to absents of all senior officers.

Expressing unhappy over the attitudes of all the high level officers for non attending the review meeting Hathibed said that this very shameful situation for the IMC officers as no single high level officers like Deputy Commissioner, Commissioner, secretary who were not turn up to meeting to give the status and grievances of the Safai Karmacharis. When the attitudes of officers is like this then how can they work’s for the welfare of the workers community. This is totally violations of directions Prime Minister Narendra Modi, who launched the Safai Abhiyan which turned up as a mass movement in the country, He added. 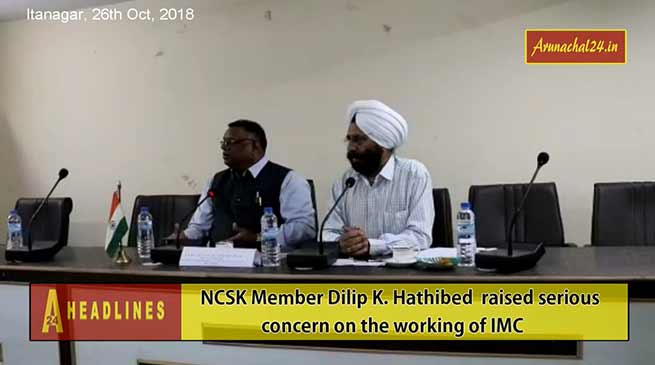 Itanagar: Traders continue to shutter down for 2nd day against eviction drive

Arunachal: Union Law and Justice Minister calls on the Governor