Chief Minister Pema Khandu taking serious note of the prevailing flood situation has asked the Deputy Chief Minister to visit the areas to ensure proper relief operations and to access the flood damages in real time. He also asked Mein to evaluate the post-flood scenario and instill confidence on the local population.

Khandu, who is personally monitoring the situation closely had earlier deputed MLAs Dr Mohesh Chai, Chow Zingnu Namchoom and Laisam Simai to take stock of the flood situation in their respective areas. 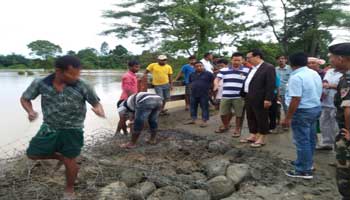 Mein is also in constant touch with the local legislators of the affected areas and has asked them to expedite the relief works. He said “leave no stone unturned in order to help mitigate the problem”. He further asked them to ensure and direct the officials of district administration that relief reaches the victims at the earliest.

Flood under control in Jairampur  and  Tezu

Mein has been informed by MLA Jairampur Laisam Simai that the situation in his area is under control and the water level has started to recede. MLA Tezu Dr Mohesh Chai briefed that there is no displacement of the local populace in and around Tezu at the moment. He also informed that all precautionary measures are put in place by the local administration and that he is continuously monitoring the situation. MLA Namsai Chow Zingnu Namchoom has reported that the situation in Namsai district has turned from bad to worse and Noa-Dihing River has breached, inundating many villages, residential quarters, official establishments and farm fields, particularly in Namsai and Lekang Circles. He said that men and machines of district administration has been geared-up to tackle the situation and to help shift the marooned people to the relief camps. He also informed that the officials with help of NDRF and few organizations are working round-the-clock to help the flood victims and making all effort to give them succor.

Partial Flood in Chongkham and Pasighat

Mein  also called up MLA Chongkham C.T.Mein to know the situation at Chongkham. He  informed that many low laying areas were inundated but there is no report of any damage so far in Chongkham and situation is under control.

MLA Pasighat Kaling Moyong and DC Pasighat have informed Mein that though the water level in Siang river has increased,  the overall situation is under control with no imminent threat to the area other than few rain-fed inundations in the low lying areas. They also informed that the situation is being closely monitored. 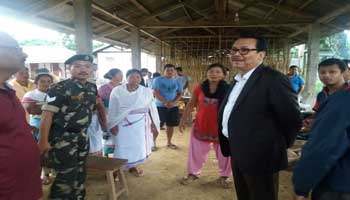 While taking  stock of the flood situation of Dambuk area in Lower Dibang Valley District, Mein was informed over phone by MLA Dambuk Gum Tayeng that water levels of rivers Sine, Dotung, Tara Tamak, Dibang, Sisar etc in Dambuk area  are increasing. The sole bridge connecting Dambuk to the rest of the country across Sisar river at 14km has been damaged beyond repair. Further Anpung and Paglam areas have been badly effected.  The MLA also informed that she has instructed the District Administration to carry out all necessary measures to contain the situation.

The Deputy Chief Minister has appealed the people to remain calm, careful and stay vigilant. He has assured that the government will provide all assistance to the flood hit districts for carrying out relief and restoration work. He also assured that all possible assistance will be provided to the affected people. 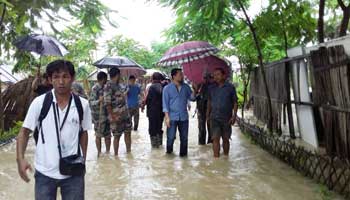 It has been earlier reported that large number of villages in Lohit, Namsai, Changlang and East Siang Districts have been affected following heavy rains in the State. Later in the evening, immediately upon arrival, Mein visited Kathalguri, Podumini, Krishnapur and relief camps set up at High Secondary School in Mahadevpur.  He heard people’s grievances and told them that the government was determined to improve their situation as quickly as possible. Visiting  the flood-hit areas, Mein has praised the coordination among various departments that enabled timely assistance to the people.

Earlier during the day, MLA Namsai Chow Zingnu Namchoom accompanied by officers from various department also visited the flood ravaged areas and took stock of the situation. Health camp has been also set up in relief camps to provide essential aid to people.

Itanagar: protest against alarming trend of impunity of crimes against journalist in India

Itanagar: 3 days workshop on idea, innovation and technology for students

Itanagar: protest against alarming trend of impunity of crimes against journalist in India

Itanagar: 3 days workshop on idea, innovation and technology for students

Arunachal: one dead, one injured in road accident in Hollongi 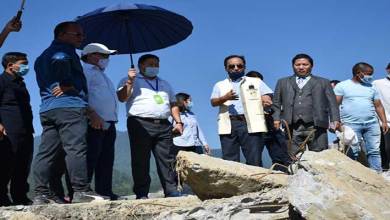 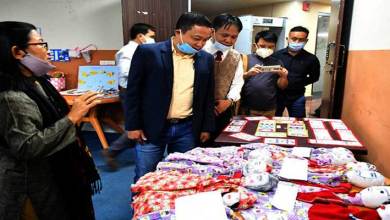 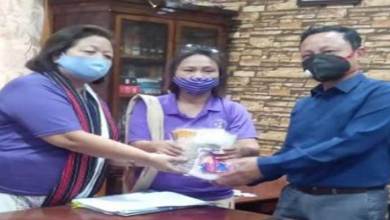 Itanagar:  APWWS requests SP to install High Rise Mast and CCTV in the crime prone areas within the Capital Complex. 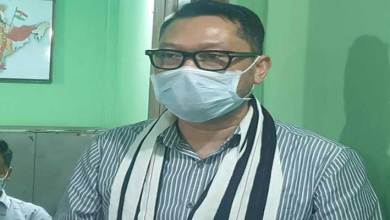 Itanagar: Namchoom appeal the party leaders to gear up for local body poll