In compliance with the Order of the Hon’ble Supreme Court regarding the restoration of status quo ante to 15th December 2015, Nabam Tuki resumed his duties as Chief Minister of Arunachal Pradesh today at Arunachal Bhavan , New Delhi .A communication from his side regarding the same was sent to Governor of Arunachal (acting) Tathagata Roy. He also spoke to the Chief Secretary and DGP regarding the future course of his Government after his arrival at Itanagar tomorrow.

As of that date, the Congress had 47 MLAs in a House of 60 , with the BJP having 11 and two Independents. Of the 47 Congress MLAs, 14 were disqualified by the Speaker. 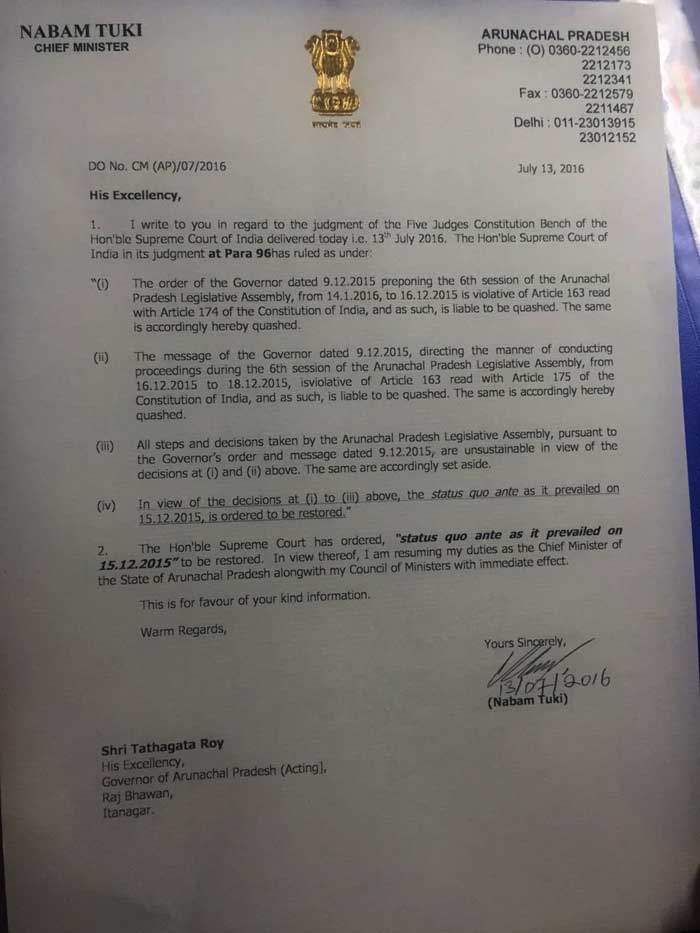