Addressing the gathering ABSU president Promod Boro said that the agitational programme by different Bodo  organisation  to be continue until the government resolves the issue for once and all. 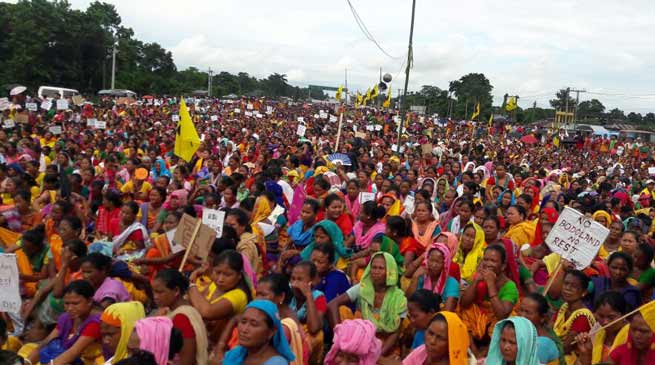 It must be mention here that a Political Level Tripartite talk on Bodoland Issue was held on 26th April 2017 under the Chairmanship of  Union Home Minister Rajnath Singh. The BSU, and other orgnaisation took part in this talk.

Meanwhile the Bodo women also anticipates a Permanent solution of the long pending Bodo Issue within short period for the interest of sustainable peace and all round development in the region.

The Bodo women group is determined to protect their unique identity and culture at any cost and for that the movement has been continuing for last 50 years.