For a sincere and hard working Youth, Congress has always bestowed them with a healthy responsibility with better opportunities. The Youth are the pillar of the party and they are the face of society, he exhorted.

The program was also attended by APCC Vice President, Incharge Youth Congress, Rajen Nani along with other rank and files of Arunachal Pradesh Congress Committee. 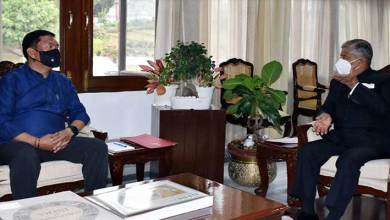