Following the amendment in the terms of clause 10 (E) (I) of guidelines for providing perks, facilities and other entitlement of the MLAs and Non MLAs as Chairman of various Boards, Corporations, Agencies and Advisors, OSD etc, 2017 the services of several Chairman, Vice Chairman, OSD etc are hereby discontinued and the order to the effect have been issued by the department of cabinet Affairs. 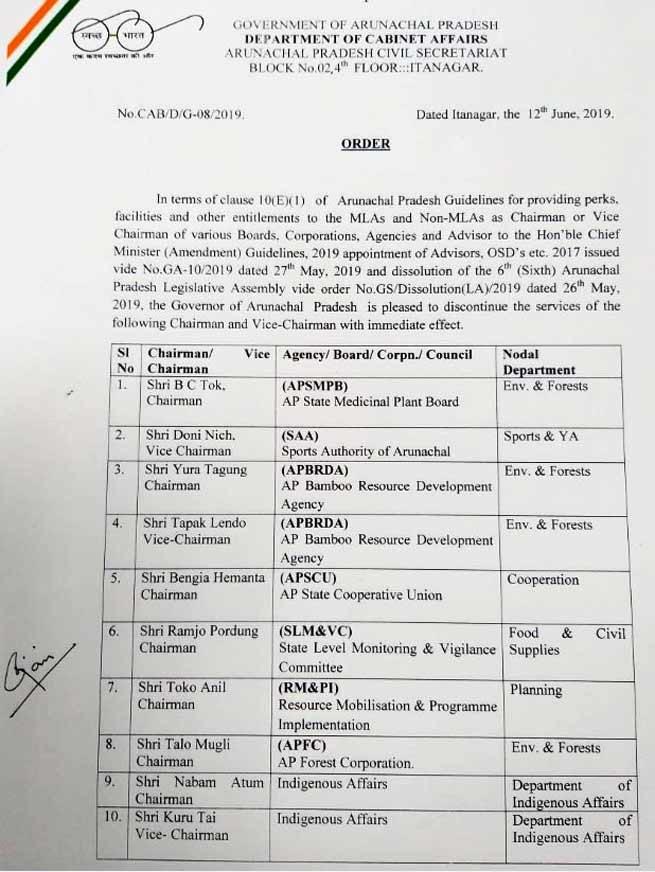 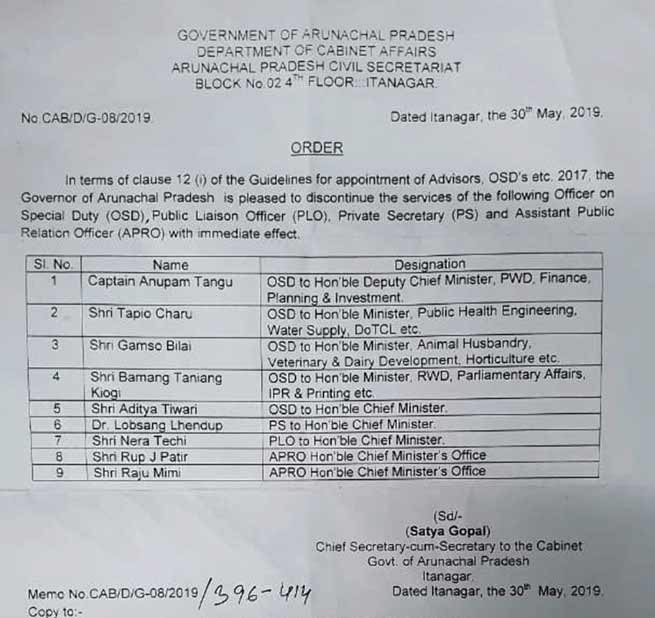