“Gandhiji showed the world that Satyagraha or truth force and Ahimsa or non-violence can be marshalled to create a more just world” said Arunachal Pradesh Chief Minister Pema Khandu while sharing his views on the topic of liberation and democratisation in Asia: Legacy of Mahatma Gandhi during the 4th leg of Samvad -Symposium on shared values and democracy in Asia held at Tokyo, Japan today.

The symposium was organised jointly by NIKKEI Inc., The Japan Foundation, The Nakamura Haijime Eastern Institute of Japan, Vivekanand International Foundation and the International Buddhist Confederation with the support of Ministry of foreign affairs, Japan.

Khandu said values of liberty, equality and fraternity enshrined in our constitution have been derived from the teaching of Lord Buddha which Gandhiji too propagated. 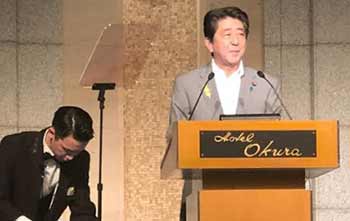 “Today, in this august gathering, we are people of different nationalities, with different lifestyles, but what binds us is the fact that the roots of our civilisations are in our shared philosophies, history and heritage. Spreading from India to Central and Southeast Asia, China, Korea, and Japan, Buddhism has played a central role in the spiritual, cultural, and social life of Asia. I am a practicing Buddhist and we have a large population practising Buddhism in Arunachal Pradesh. Arunachal is home to the world’s second largest monastery in the form of Tawang Monastery.

Khandu emphatically underscored the initiatives of Indian Prime Minister Narendra Modi and said that India is striving hard to fulfill the legacy of Mahatma Gandhi.

“Working with the guiding principle of ‘Antyodaya’, we are working towards delivering governance to the ‘last person’. Gandhi ji’s Talisman or test is our guiding star, ‘Recall the face of the poorest and the weakest person whom you may have seen, and ask yourself, if the step you contemplate is going to be of any use to them. Will they gain anything by it? Will it restore them to a control over his their own life and destiny? In other words, will it lead to swaraj [freedom] for the hungry and spiritually starving millions?’ Today when the world is confronted with evils like terrorism, hatred and rising neo-colonialism Gandhiji’s legacy becomes even more relevant”, Khandu emphatically said.

The closing address was delivered by the Prime Minister of Japan Shinzo Abe who said foundation of democracy lies in the hearts of people of India and Japan.

The symposium concluded with video address by Prime Minister of India Narendra Modi emphasising principle of “Sarvajanhitai sarvajansukhai” (let all be happy and welfare of all). 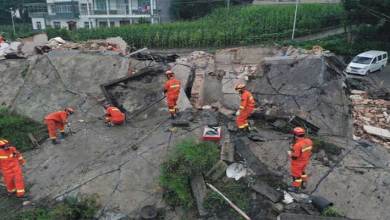 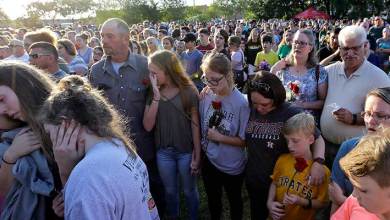