Continuing with the welfare measures to improve the economic conditions of the people, the Govt of Arunachal Pradesh in its Cabinet Meeting on May 19 last had approved the enhancement of stipend of ITI and Govt Craft Centres Trainees from existing Rs 550 per month to Rs 3000 per month.

This decision has been taken considering the very old rate of stipends that the ITI and Craft Centre Trainees of the state were receiving for the last many years and needed a must upward revision. This measure will go a long way to encourage the unemployed youths to undergo basic skill development training in ITI and Govt Craft Centres so as to make them self-employable and illegible for various govt and private jobs after completion of the training course. It will also encourage youths to learn basic traditional methods of arts, crafts and Hand looms making in the Govt Craft Centres which is in diminishing trend among the youths today. 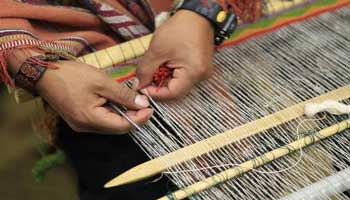 For this purpose, the Chief Minister who is also the State Finance Minister released an amount of Rs 58.48 Lakhs as per BE 2016-17 out of total fund allocation of Rs 311.76 lakhs and said to incorporate the remaining amount in the Revised Estimate of 2016-17.

This enhancement of stipend at present will benefit 866 trainees in the state.

As per the commitment during his budget speech, Chief Minister also approved for enhancement of ration money of police personnel from existing Rs 300/- per month to Rs 1000/- per month which was taken in recognition of the dedicated and selfless service of Police Personnel. The enhancement will benefit 11,701 police personnel from constables up to rank of Sub-Inspector of the state Police Department.

Taking cognizance of the long hours working conditions of the drivers and their low pay scale, Chief Minister approved the pay up gradation of govt drivers from existing Grade Pay of Rs 1900 to Rs 2400 in PB – I to Rs 5200-20200 at par with the post of LDC/SK.

However, the enhancement of ration money of police personnel and the pay up gradation of drivers shall be placed before the State Cabinet for final approval.