Addressing the legislators, the President urged them to remember that they had been elected as members of the Legislative Assembly to achieve the aspirations of the people of the State and to render public service. After election, they represented all citizens of their constituency, including those who may not have voted for them. As legislators, they are guardians of public interest and trust. It is their responsibility to make laws that improve the lives of people and to resolve issues of public concern.

The President said that we are all citizens of a culturally rich and diverse country. There is such variety in food, clothing, customs and even religious traditions in India. And yet, this diversity is our strength and unites us. Whether it is Tirupati or Tarnetar or the Buddhist monastery of Tawang, it inspires every Indian and is a matter of pride for each of us.

The President said that Arunachal Pradesh’s experience of “unity in diversity” expresses our country’s traditions beautifully. There are many ethnic and religious communities in the state, and they live together in harmony. This is an ideal for all Indians.

The President said that being a border state, Arunachal Pradesh offers a unique opportunity to trade and do business with neighbouring countries. He expressed hope that Arunachal Pradesh would become a driver of India’s trade and economic relations with ASEAN countries under the Act East Policy.

Earlier in the day, the President graced the valedictory function of the completion of 40 years of the Vivekananda Kendra in Itanagar. 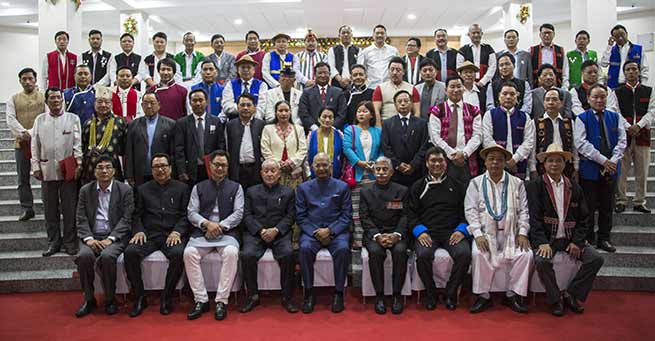 Speaking on the occasion, the President praised the Vivekananda Kendra for commendable work in Arunachal Pradesh in the field of education. He was happy to note that the Vivekananda Kendra’s schools had kept alive the guru-shishya tradition through the Gurukul system. They have maintained Indian culture through yoga, pranayama, meditation, Sanskrit and other legacies of our past.

The President noted that the Vivekananda Kendra schools are a happy synthesis of our traditional knowledge and values and of modern science and technology.