Itanagar
By Denhang Bosai, Dy Director,  IPR,  Arunachal Pradesh
I think the  apex students’ bodies AAPSU and SUMAA have to have a brainstorming sessions on the abysmally poor academic performances of the government-run schools of the state in this year’s AISSC examination. As a matter of fact, the student leaders of these two premire students’ organisations have been constituted primarily to address the pressing problems and predicaments of the students and the Teachers.
Please have a look at the results of the government schools here. In sharp contrast, the private schools across the state have performed brilliantly. Now, the pertinent question is, where is the missing link? Is it the wrong policy of recruitment of Teachers? Is it the lack of infrastructure in schools? Is it the untrained Teachers who have failed? Are the students not being motivated enough? But one thing is glaringly clear and that is the students’ bodies are not paying adequate attention to the plight of the schools and the students in the state.
I fail to understand why they are taking up complicated and national and international issues like the Refugee and China-India relation by conveniently ignoring the basic and plethora of problems confronting the student community. They can only pressurise and lobby the governments on these extremely sensitive and complex issues but cannot solve them by themselves. They can create awareness on these issues and awaken the people from their slough of despondency but their top priority should be to address the problems of the students. The AAPSU leadership in the past had miserably failed to effectively address the Chakma-Hajong issue.
Now, do the present AAPSU and SUMAA have a magic wand to wave away these serious issues? I don’t think so. They should and must address the students’ problems first instead of embarking on issues about which they can do precious little. The Chakma-Hajong issue is in the Court. So, the law will take its own course like any other legal case. However, we appreciate the concern the student leaders are showing. Sadly, the issue is too huge for them to solve as they don’t have the wherewithal and the resources. The AAPSU and SUMAA opposing the PADC demand of the TCL districts is a misnomer.
The three backward districts have every right to demand PADC for their economic prosperity. Where were these students’ bodies when scores of innocent people were killed by Naga insurgents. Where are they when most offices in TCL are understaffed as government servants from other districts dread to serve in the TCL districts ostensibly for fear of insurgents? They must understand that the PADC demand is just, fair, lawful and a long-felt need of the impoverished districts under the Sixth Schedule of the constitution of India.
It is not a secessionist or separatist movement as feared by some sections of the students. The demand is basically for financial autonomy. The three insurgency-infested districts are so backward economically and also in terms of human resources that even the creation of the department of DoTCL has not been able to bring a succour for the people. These poor districts with people living in abject poverty need more than the DoTCL. In this context, the PADC when granted will prove to be a boon for the people.
The fear among some sections of students that the grant of PADC would benefit the refugees settled in Changlang district holds no water at all. The refugees fall under different a category and don’t enjoy all the rights enjoyed by the TCL STs in these districts. The refugees are only provided the basic needs because of the pressure exerted on the state government by the UNO and other Human Rights groups. The word autonomy must not be misconstrued by the students here. The term autonomy here is used for the financial autonomy the PADC would enjoy under the GOI and within the framework of the Indian constitution. The AAPSU and SUMAA must be aware that the bill for grant of PADC to TCL had been passed twice in the State Assembly by successive state governments.
The bill has thus reached a point of ‘no return.’ The GOI has also deemed the demand just and appropriate given the backwardness of the three insurgency-hit districts. I therefore take this opportunity to earnestly appeal the AAPSU and SUMAA leadership to concentrate their energy and activities on student-related problems instead of creating a hurdle for poor and backward TCL districts. I would rather urge them also to demand more ADCs in the state because Arunachal is a resource-crunch state and creation of more ADCs in the state will go a long way to assuage the sufferings of the people.
The creation of ADCs will in no way create any division in terms of region and communal divide. This is just a figment of imagination. Our state will become stronger and more prosperous with the creation of more ADCs as more funds will flow in to the ADCs from the GOI. But for this to happen the feasibility of the ground realities have to be first studied by the Experts and the bill for creation of such ADCs will have to be passed by the State Assembly. Please wish TCL districts well to achieve PADC at the earliest to bring the three extremely backward districts at par with the more developed districts of the state.
Tags
AAPSU Academic Result Denhang Bosai Poor SUMAA
June 2, 2017
4 minutes read
Share
Facebook Twitter LinkedIn WhatsApp Share via Email
Share
Facebook Twitter LinkedIn WhatsApp Share via Email 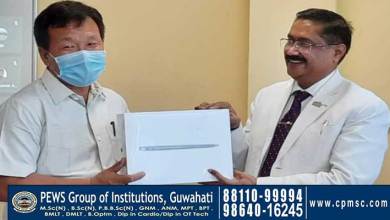 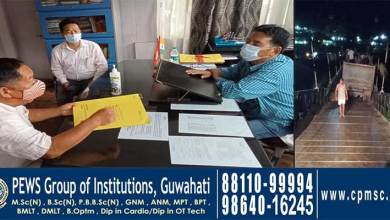 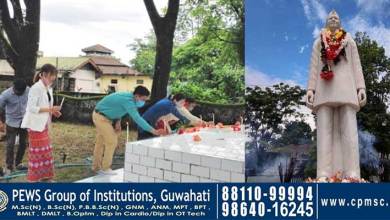 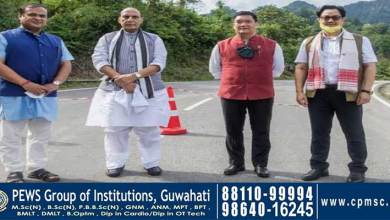 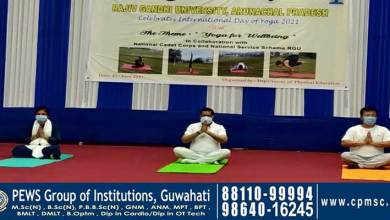 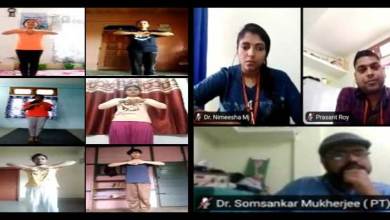