I cannot let down the expectations of my supporters who have reposed faith in me- Jarpum Gamlin.

Jarpum Gamlin, the  state General Secretary of the BJP in Arunachal Pradesh has resigned from the primary membership of the party after he was not given a ticket to contest the upcoming Assembly Elections in the state of Arunachal Pradesh.

In a resignation letter to Arunachal Pradesh state President Tapir Gao which he uploaded in his timeline , he wrote: “I have been working closely with the public of 27-Liromoba Assembly Constituency, as a contender for the ensuing Assembly Elections 2019. The party is well aware of this. However, as the party has announced the ticket which is not in my favour, I am in a precarious position torn between the party and my supporters. After much thought, I have decided that I cannot let down the expectations of my supporters who have reposed faith in me.” 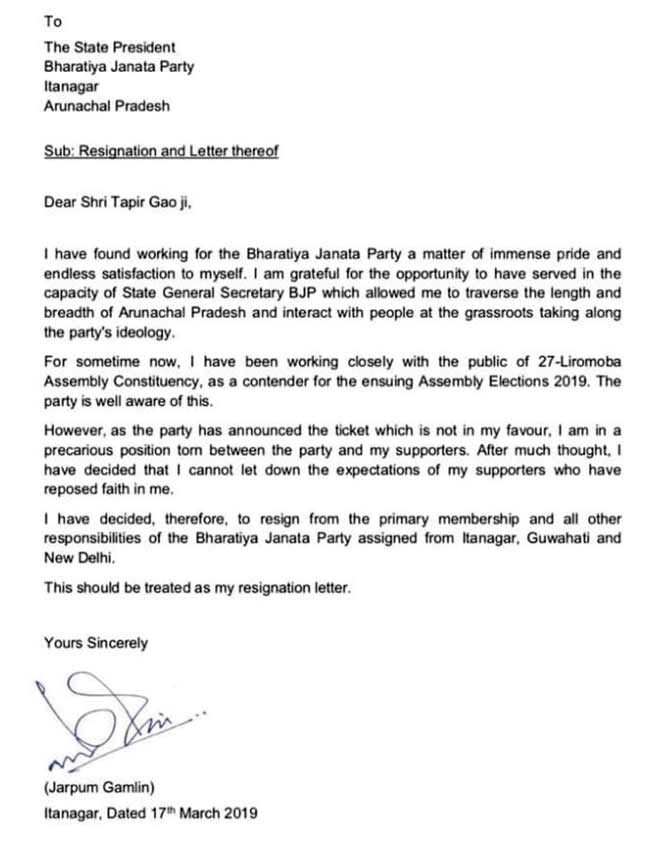 Jarpum inform this correspondent that “my supporters have lots of faith in my leadership and I have planned to contest the ensuing assembly election from 27 lirmoba assembly constituency”.

I have not yet decided the affiliation and party but will take a decision within a day or two and will contest the election and hope for a comfortable win if the thousand of supporters, well-wishers and youths extend their blessing and support. Jarpum added.

He also appreciated Pema Khandu to select his team where he was not given space and his name was not figure in the ticket distribution.

As per sources information state incharge BJP Mohila Morcha and senior party leader Padmeshari Jamoh also resigned from all post and primary membership of the party. 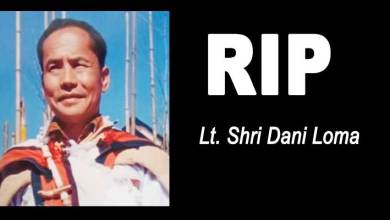