The student’s body have cleared it’s stand to centre, in a joint high power committee meeting on the vexed Chakma-Hajong issue in New Delhi yesterday, which was chaired by Joint Secretary (North East) Satyendra Garg, the release said.

AAPSU president Hawa Bagang told representatives of the Union Home Ministry that citizenship to the Chakma-Hajong refugees “will never be acceptable to the people of Arunachal Pradesh”. 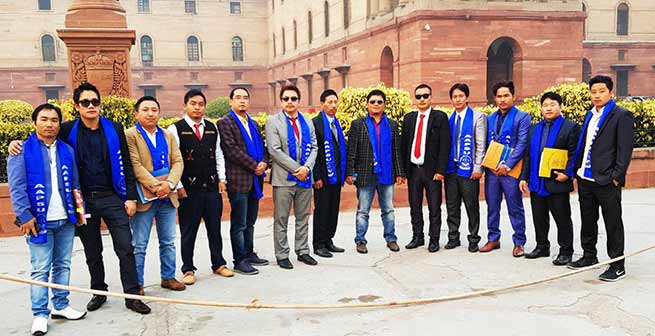 He also highlighted the “atrocities committed by the refugees against the indigenous people” and doubted the Centre’s “sincerity in resolving the issue”, the release said.

The student body’s general secretary Tobom Dai told the Chakma-Hajong delegations, who also took part in the meeting, to consider citizenship outside the territory of Arunachal Pradesh without preconditions.

“Unrelenting attitude (of the Chakma-Hajongs) asking for citizenship within Arunachal Pradesh will boomerang and the people of the state will never accept it,” Dai said.

The meeting was convened as a follow-up to AAPSU’s demand in June last year here, seeking an early solution to the contentious refugee issue, the release added.

In a letter to Union Home Minister Rajnath Singh on September 18, Khandu said the matter was of deep emotional concern, and Arunachal Pradesh was not ready to accept any infringement of the Constitutional protection given to the state’s tribals.

Several organisations and civil society in Arunachal Pradesh have been opposing citizenship to the Chakma and Hajong refugees, saying it would change the demography of the state.