The Capital Police organized “Know Your Own Police” today for the students to create awareness about the presence of police for several purpose including maintaining of law & order, safety and security of people and awareness on several rules and law of the land.

The team of Selected students were taken to various police station and given knowledge of the style of working of police for the welfare of society, and maintaining of peace and tranquility in the area. They also know the various branches of police and its working.

Such  programme was also organised at Capital SP Office today where the prizes to the students who had stood 1st, 2nd & 3rd rank and certificates to those who ranked upto 10th in the Police Commemoration Essay Competition on the topic “Role of The Police In The Society” held at Govt Secondary School, Polo Colony, Naharlagun for senior students and at Govt Middle School, Niti Vihar, Itanagar for junior students on 17th Oct 2019 were given away. 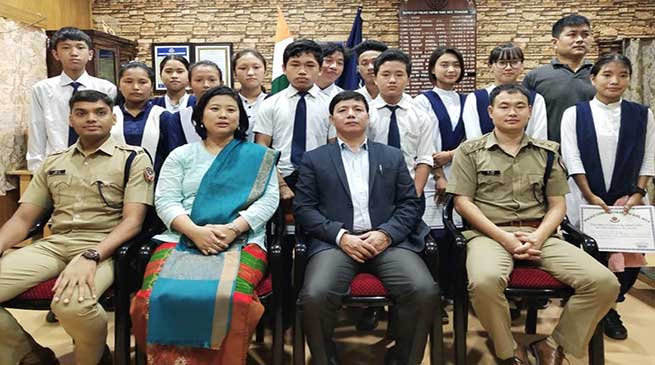