Forecast outlook for the upcoming Southwest Monsoon –  With rain and sun playing hide and seek in Kerala quite literally, the southwest monsoon is likely to get delayed.

India Meteorological Department (IMD), a few days ago, had predicted that the southwest monsoon is likely to hit the Kerala coast by May 27. It could be advanced or delayed by four days.

Going by the present climatic conditions, the monsoon which has already reached Andamans is likely to move further in the southwest direction towards the Arabian Sea.

Determining the onset of monsoon has always been a tough task. If we compare the data for the last 50 years, the date of onset in Kerala has ranged from May 19 (in 1990) to June 18 (in 1972). This variance is in large attributed to the state of the ENSO — El Niño–Southern Oscillation — in the preceding winter. Years of monsoon early-onset typically occurred after La Niña winters (for example, in 2018), whereas late-onset years were after winters that experienced El Niño patterns (such as in 2016 and 2019).

The onset time is tricky as it can be modulated by sub-seasonal variations in the seasonal base state. Specifically, the Madden-Julian Oscillation (MJO) — a tropical wave that travels around the equator every 30-40 days — modulates precipitation patterns in India as well. The current MJO signal (active phase) lies over Indian Ocean and will likely trigger the onset of monsoon over Kerala by May 27.

However, the MJO may enter an inactive phase by the end of May. This suppression, then, will likely favour a slow progress of monsoon, even though the background state weakly favours an earlier start. Therefore, amidst the prevailing weak La Niña conditions, there is a chance that that the onset and subsequent progress of monsoon over Kerala and Karnataka can be delayed to the first week of June.

Relationship between monsoon date-of-onset and total rainfall accumulation: There is research that indicates a positive relationship between the earlier dates of onset and higher rainfall accumulation. However, notable exceptions to this include 2018 — which experienced an early monsoon onset with lower-than-average rainfall — and 2019 — which experienced a late monsoon onset with higher-than-average rainfall. 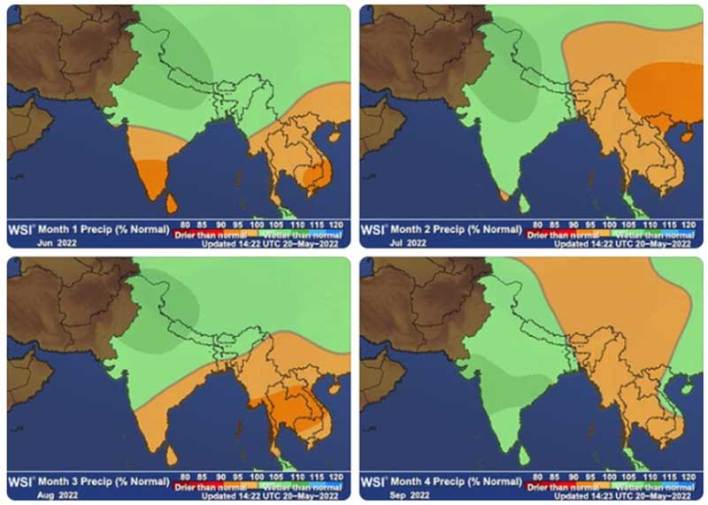 Another thing to keep in mind is that the climate model predictions from the North American Multi-Model Ensemble (NMME) and EUROSIP predict weakening negative ENSO anomalies during the summer (May to June), but never transitioning to an El Niño condition.

“As we look at current climate model forecasts, we can see that the warmest waters are farther east, implying a negative IOD and perhaps reduced monsoon rainfall. In addition, the IOD phase can be seen to strengthen towards negative mode from this month onwards. This should help to restrict the magnitude of the wet conditions,” explains Takahisa Nishikawa, Senior Meteorologist, The Weather Company, an IBM Business.

In summary, the met team at The Weather Company, an IBM Business, predicts a near-normal monsoon season. Our forecasts predict a seasonal monsoon rainfall of 99% compared to the long-period average (LPA).

Inputs and pics provided by The Weather Channel India 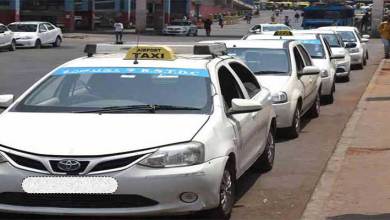